A Special Visit from Heaven 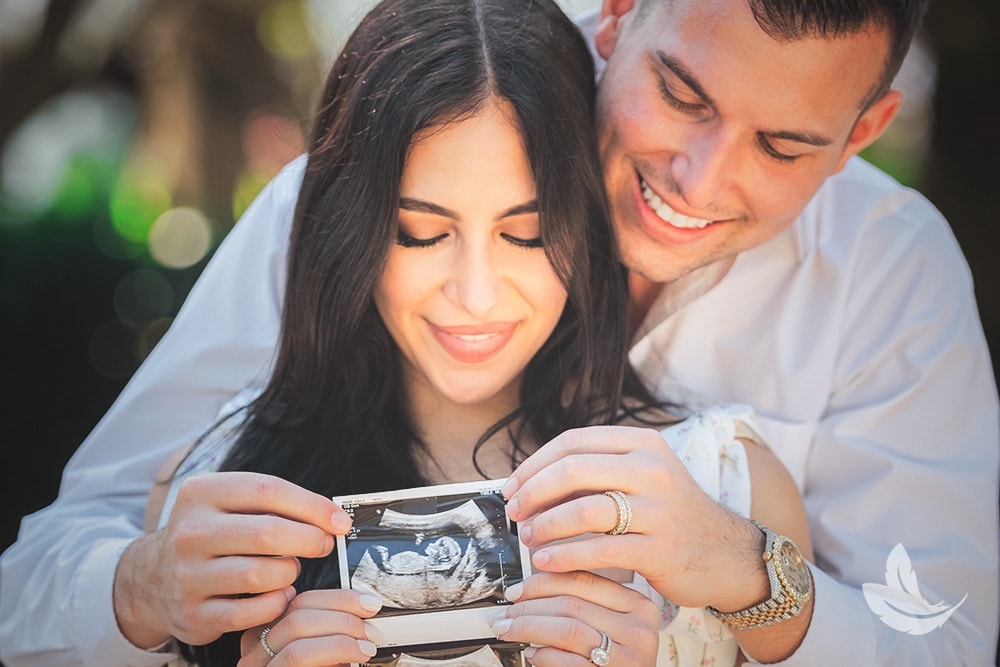 Growing up with a psychic Mom was never boring. I have vivid memories of her having premonitional dreams. There were many mornings when she woke up happy and excited after dreaming that a friend or family member was having a baby. She’d rush to the phone to call the person and share the good news, “I had a dream that you were pregnant!”

For her, the dreams always followed the same pattern. A departed family member would appear in her dream holding a child that would soon be sent down to his or her mother here in this world. The souls were always eager to share this news with my Mom because they knew she would pass the message along to the new parent to be. Usually, her predication would be within a just a few days of the couple getting their positive pregnancy test result.

My mother is a gifted psychic and medium, but dreams and visitations like this can happen to anyone. In fact, it happened to my wife Alexa.

From just about the moment we met, Alexa and I always planned on getting married and starting a family. That plan went into action the moment we each said “I do” back in October. However, when Alexa received her first two negative pregnancy tests, she started to feel sad, anxious, and even a little nervous. She wanted to see that positive mark on the test so badly!

One night, she was really stressing herself out. “What if I don’t get pregnant?” she asked. I could see the worry on her face, but I reassured her it would all happen in God’s time – when it was meant to be. Luckily, I didn’t have to wait long for her mood to shift. That very night she went to bed and woke up a changed person. She shook me out of a sound sleep, excitedly telling me she had met our son.

In Alexa’s dream, she was pregnant and gave birth to a little baby boy. She saw herself singing to him in the car, dressing him up in cute outfits – she could see his personality as he waved and interacted with her in the dream. The details were so vivid! He loved Winnie the Pooh, Disney music, and car rides. He was sassy and energetic. She woke up and knew she had met our son. After so many years as a child, watching my own mom have these same types of dreams, I knew it was real.

Alexa connected with our “dream baby” so strongly that she began to miss him – wondering if she would ever get to hold him and love him in real life. To our delight, we discovered two weeks later she was pregnant. The moment she got that result, I knew it was him. Our son!

Sure enough, when we went to the doctor for blood work, and it was confirmed that we were having a boy. As a medium, I’ve had souls explain how babies wait in Heaven to be born. I know 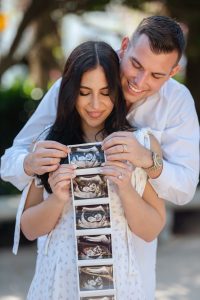 for sure our boy was waiting and couldn’t resist dropping in on Alexa to let her know. Since I’m the psychic, you would think that I would’ve known first! However, our little baby decided to give Alexa the upper hand on this one.

This wouldn’t be the first time a baby visited its mother or father before being born. I have talked to many people who have had similar experiences. When we’re in a subconscious state, we’re more open to Spirit connections, which is why so many souls visit us in our dreams. It’s not just babies, relatives, ancestors, and friends that have passed away will also make their appearances in our dreams.

Remember, that dreams can be a sign that Spirit is around you. Don’t pass it off as wishful thinking – if you have a dream that seems especially vivid, write down the details as soon as you wake up. You might have a deceased loved one trying to close out some unfinished business, or you might be expecting a new little blessing from Heaven!