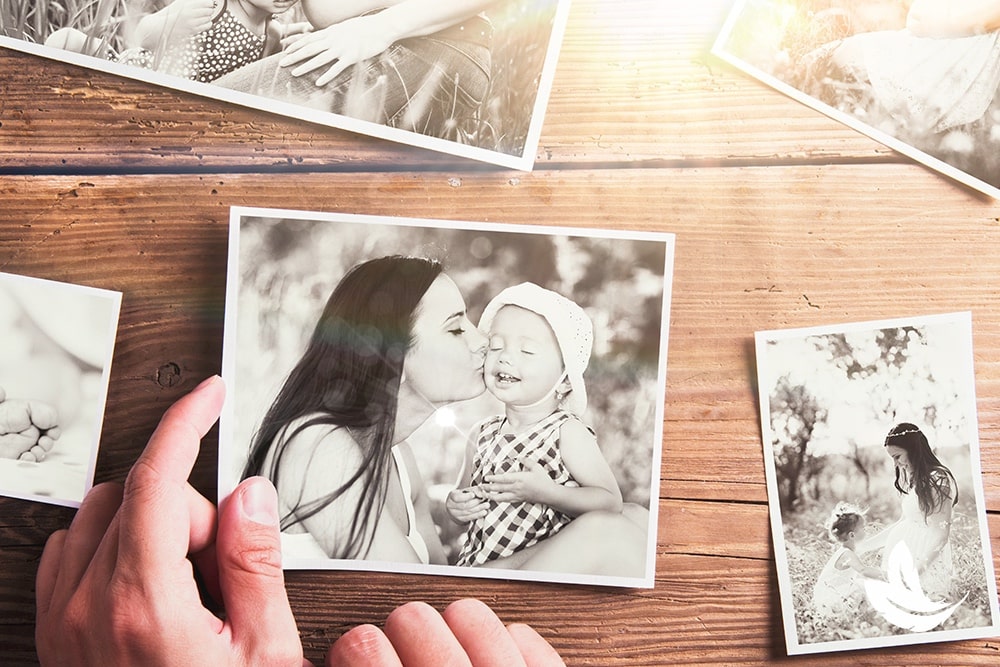 Have you ever taken a photo, and when you looked at it later, noticed something you couldn’t explain?

There may be a ball of light, or a blurry shape, or even a faint image of a person or animal. What the heck! That wasn’t there when you took the picture! What are those things?

The natural reaction when you see something unexpected is to try to find a reasonable explanation. Is it just glare, or a shadow, or a reflection? Sometimes, but a lot of the time, what you are seeing is evidence of souls in heaven that are still around you.

As a medium, I get a lot of photos and videos sent to me. Some of them are absolutely wild!

I remember a woman sent me a video she’d gotten from a security camera in her home. One night she heard some bumps and odd noises downstairs, but in the morning when she looked around, nothing had been moved and everything seemed normal – until she looked at her security footage. In the video she could clearly see several small globes of light zooming around her living room like pinballs! When I saw them, I immediately knew they were orbs.

What is an orb, and why do they exist?

Orbs are transparent balls of light energy that are connected to spirits. They’re usually seen in photos, but in rare cases people who are particularly sensitive can spot them without a camera. These orbs can be a variety of shapes, sizes and colors.

Orbs usually show up when there’s an occasion with a lot of emotional significance – like a wedding, a graduation, or a holiday gathering.  Even though they can’t be there in their physical form, the soul is still drawn to the event and their energy is sometimes captured on camera in the form of an orb.

Discovering the soul behind orbs, blurs, and images.

When people come to me with their photos, they naturally want to know if what they’re seeing is coming from the other side, and if so, if it’s an angel, a departed loved one, or just a random ghost. I usually get a sense of who it is, and some psychics like my mom can even discern a face or a form. Some people are really good at seeing the soul behind the orb or flash of light. My Mom has always been very gifted in seeing faces and spirits revealing themselves in pictures

Sometimes people know exactly who is represented and just want confirmation. I did a reading for three sisters on a recent group call, and their father came through. He had so much to tell his daughters and gave me a lot of information that proved to them that it was really him!

After thanking them for loving him and taking care of him through all his illnesses, he said “Tell them I was the orb in that picture.” It turns out that a photo taken over the holidays had a clear orb, and his daughters felt like it was his energy coming through. They were right!

There’s a ghost in my picture!

Sometimes the image in a picture is more than just a globe of light. I remember something that happened when I was just getting started with my mediumship, and it blew me away! It was Christmas, and my boss invited me to his house for a holiday gathering. As soon as I got there, I saw the spirit of a little blonde girl run by wearing a white communion style dress holding a little Yorkie dog.  I told the group, and they laughed because they were Vietnamese. There were no little blonde girls in their family. My boss used to tease me about it at work – “remember the little blonde girl?”

Later that season, he came to me and he wasn’t teasing me anymore. He showed me a photo he had taken of his Christmas tree, and the little girl and her dog were right there, in the photo, sitting at the base of the tree. My boss asked around and did some research in the neighborhood and sure enough, he found out that there was a young girl on the street who had passed – along with her little dog.

Seeing orbs and images in photos shouldn’t come as a surprise, for a couple of reasons. First of all, we are all energy – and that energy doesn’t go away when we pass. Paranormal energy disrupts things like electricity, turning lights on and off and causing static on television and radio, as well as appearing in photos. Souls in heaven can be very determined to let their loved ones know they’re around – especially during significant or emotional events. I think that it’s no accident that their energy shows up. It’s just another way they can be there to share a special occasion with the people they love.

If you would like to learn more about Heaven and the Afterlife, you would really enjoy reading my new book ‘When Heaven Calls’. Each chapter is filled with secrets of afterlife and divine wisdom that I have learned over the many years I have had working with spirit. If you are interested, you can order a copy right now on Amazon by clicking here. I really hope you enjoy it.