Your 7-Day Personal Spiritual Odyssey on the Sea

Your 7-Day Personal Spiritual Odyssey on the Sea

Check out the Highlights from Last Year’s Cruise

Matthew Fraser is an Internationally renowned psychic/medium and author of The Secrets to Unlocking Your Psychic Ability. He has conducted thousands of readings around the world, reconnecting friends & family with the spirits of those who are no longer with us. His messages of hope, comfort and reassurance have touched the lives of all who meet him, making Matt one of the most gifted and genuine psychics living today.

It all began in New England where Matt was born and raised. He was no different than any other child although he was born with “The Sight”. A psychic gift that was passed down from his maternal grandmother. The signs occurred very early. At just the age of four, Matt began seeing and hearing the departed in his bedroom at night. As a child this extraordinary gift frightened him, forcing him to push it away until his teen years. It appeared that he was already starting to be prepared for the incredible journey that laid ahead of him.

Matt has always felt the need to help others. That is why in his early teenage years he became an Emergency Medical Technician working in the City of Boston. He had kept his gift a secret for years, fearing that he would not be accepted. It wasn’t until Matt looked deeper into his abilities, that he understood being a medium was his calling and life’s mission. In the years that followed, Matt would become one of the world’s most respected Psychics.

Now, as an adult, Matt is doing just that. Through his sold out live events, to the his one-on-one sessions and books, Matt is on a personal mission to reconnect as many people as possible with their loved ones in Heaven. He has answered questions for thousands of people with his incredible psychic gift and has been a highly sought after guest appearing on major media outlets across the nation including: NBC Morning News, CBS Radio, Fox News, Coast to Coast, The Herald News, and more due to his uncanny abilities.

Today Matt continues his mission not only to share his gift with others, but also to provide assistance within the community through various fundraisers and benefits. Matt sits on the Board of Directors of Forever Paws Animal Shelter and The National Cultural Diversity Awareness Council, two nonprofit organizations in New England. Matt passionately believes that his job as a psychic medium is not only to help those connect with their loved ones, but to help inspire and encourage others to embrace and be thankful for all the blessings that life has to offer. 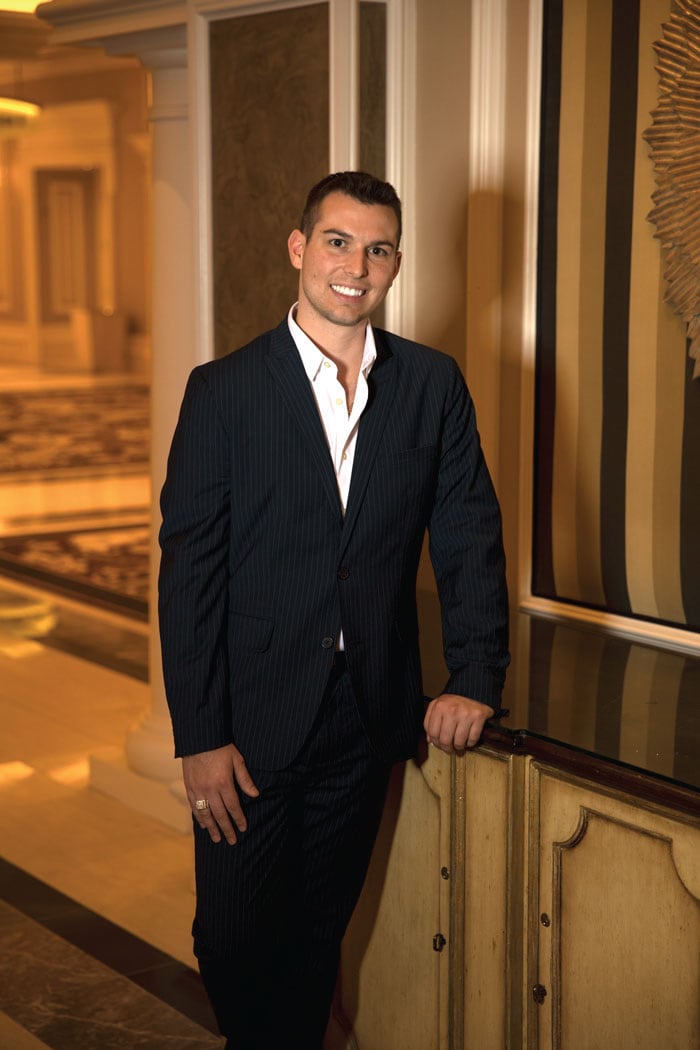 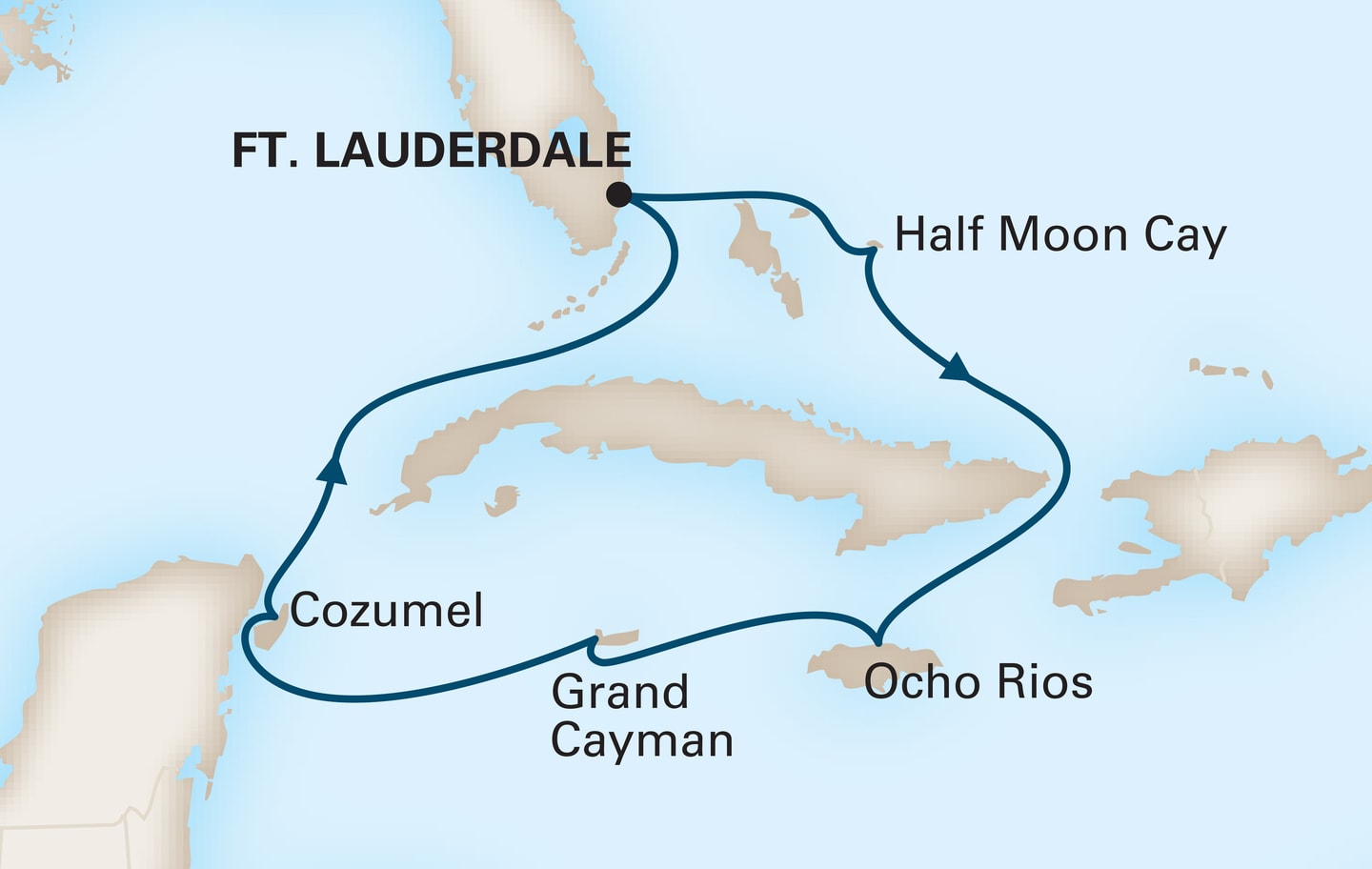 Launching in December 2018, ms Nieuw Statendam, a sister ship to Koningsdam and the second of our Pinnacle-class ships, features a design inspired by the fluid curves of musical instruments. Guests can savor her innovative specialty restaurants—from Sel de Mer to the Grand Dutch Cafe. Explore at America’s Test Kitchen’s cooking classes and hands-on workshops. And thrill to BBC Earth Experiences presentations at our spectacular two-story World Stage.

When it comes to pleasure, relaxation and reconnecting in the warm sunshine, nothing is better than a Caribbean cruise with Holland America Line. While ashore, you can discover each island’s unique charms, hidden beaches and the cafes locals love. You can tour the most interesting historical sites and museums, find the best places to hike, bike and snorkel. And when you return to your elegant ship, you can sit back and let our friendly, attentive staff pamper you, or simply dive into any of a wide range of activities, including exploring the many pleasures of cruise dining. 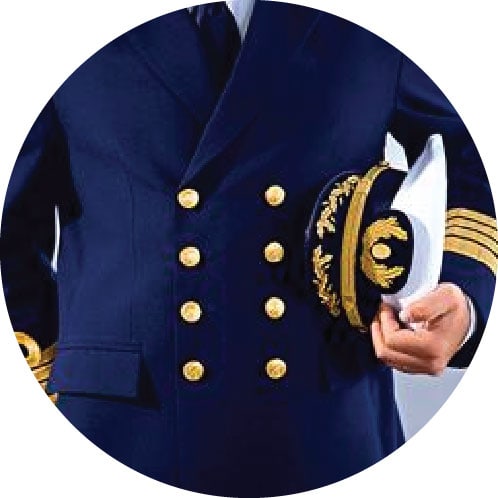 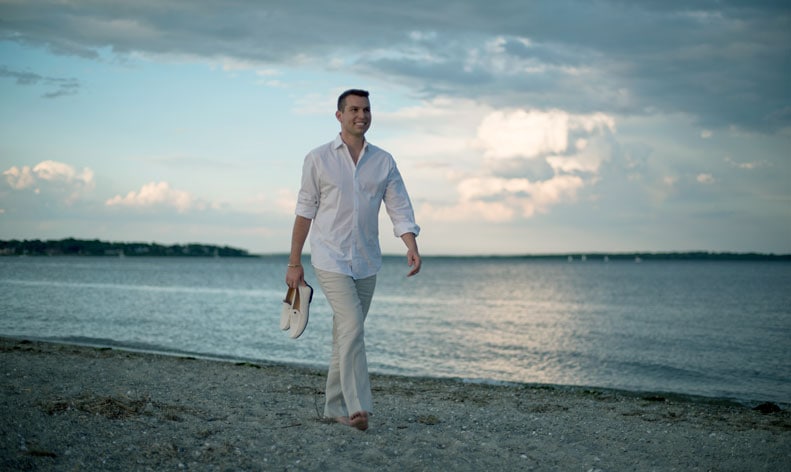 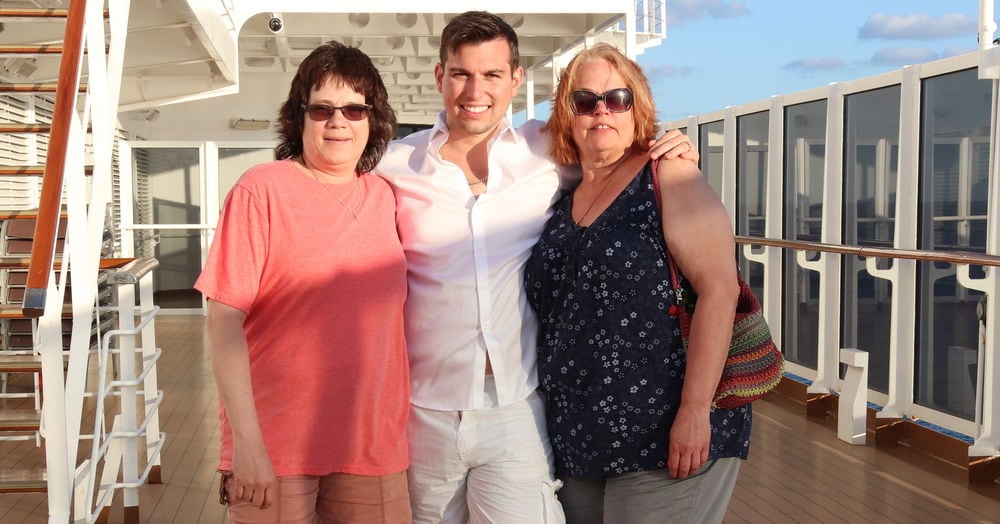 If you could take a vacation and hear from Heaven, would you?

Imagine taking some time away from the outside world to experience a once-in-a-lifetime vacation that is entirely focused on reaching your higher self and rediscovering your own intuitive psychic gifts. Now you can. Join Matt Fraser, the famous psychic medium, for a 7-day spiritual odyssey on the beautiful high seas of the Caribbean where he will help you take your spirituality to a whole new level and enhance the communication between you and those you love in Heaven.

Replace your stress and worries with peace and tranquility while you awaken your inner psychic intuition with the help of Matt Fraser. On this 7-day voyage, you will explore Half Moon Cay, the Bahamas, Ocho Rios, Jamaica, Georgetown, Cayman Islands and Cozumel, Mexico. This Tropical Caribbean Cruise with psychic medium Matt Fraser will set sail from Fort Lauderdale on Holland America Line on February 24 – March 3, 2019. While on board, Matt will be holding a series of group readings, master classes and spiritual excursions. Together with Matt, you will have the opportunity to swim with dolphins, have a butterfly land in the palm of your hand, experience paradise, and join in on a beach-guided meditation to connect with your spirit Guides and angels.

During your first night on board, you will be invited to join a cocktail party to meet Matt Fraser and other like-minded spiritual guests that will be embarking on this journey with you. Bring your cameras for an opportunity to take a personal photo with Matt. While on board, Matt will be holding three group readings where he will speak and communicate messages from the other side. Matt will also be holding a very special class to help you tap into your own psychic voice and begin improving your own ability by feeling/hearing messages from “the other side.” Join Matt for a guided meditation at one of the beautiful tropical beaches. This is a once-in-a-lifetime opportunity to retreat and learn from one of the world’s most renowned psychics and spiritual teachers.

We encourage you to reserve your stateroom as soon as possible; there are limited cabins available. Please contact the team at TravelStore  and one of their travel planners will provide you with additional information. 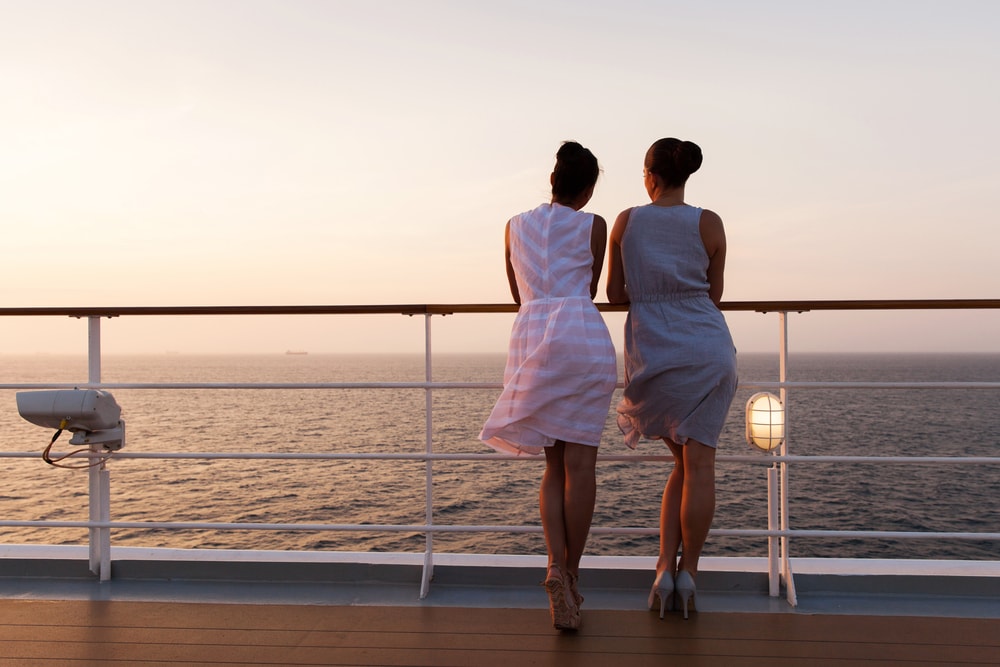 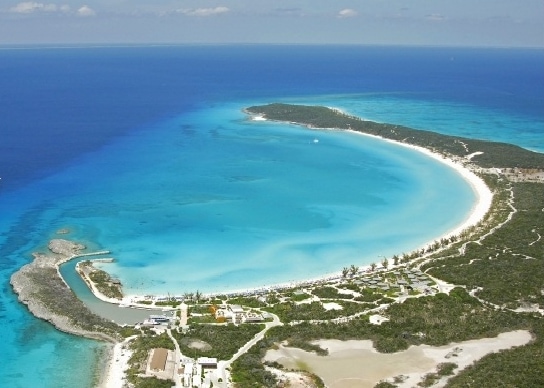 Celebrating 20 Years of Perfecting Paradise
It’s the private-island fantasy you’ve always dreamed of. Half Moon Cay is the premier private-island experience in the Caribbean. Uninhabited and unspoiled, it combines the unparalleled natural beauty of a protected preserve with access to a wide range of amenities and activities. Stay busy all day or simply luxuriate in tranquil solitude. Holland America Line acquired this beautiful island 20 years ago to create a unique and memorable experience for our Caribbean cruise guests. 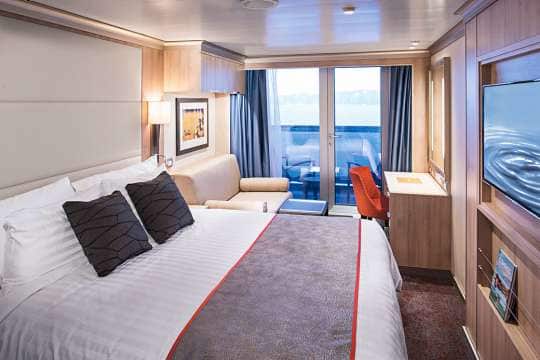 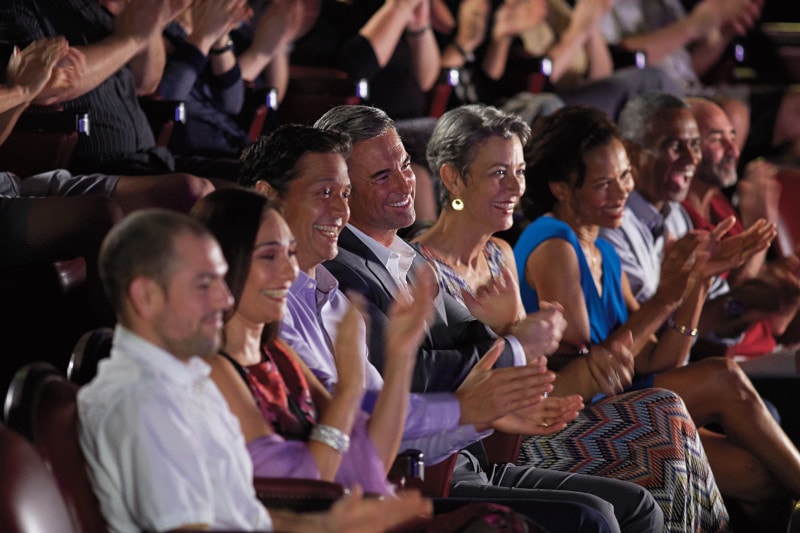 While on board, choose from an array of onboard activities that allow you to pursue new interests or relax and rejuvenate. Learn how to edit, display and share your vacation videos and photographs through our Digital Workshop powered by Windows®. Enjoy onboard cooking shows and hands-on workshops in partnership with America’s Test Kitchen. And explore the wonders of our world through exclusive BBC Earth natural history content through onboard activities, concerts and films.

To Register For This Event Fill Out The Form Below.

THIS EVENT IS NO LONGER AVAILABLE 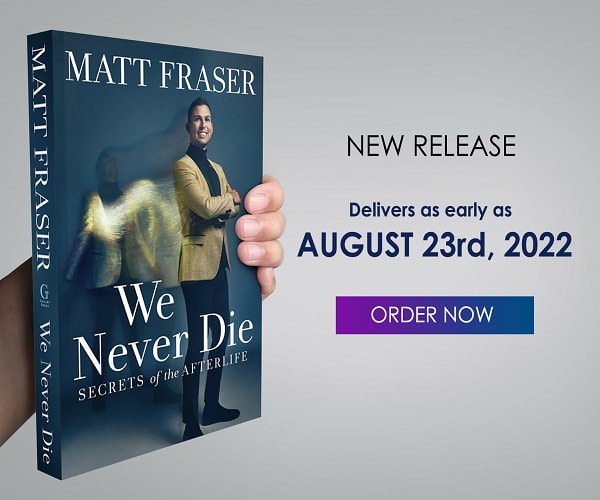