Did he know that was going to happen?

Celebrity psychic has to cut a hole in his house wall after one of his beloved ‘fur babies’ gets trapped inside it.

This is the hilarious moment a psychic medium had to be ‘Bob the Builder’ to free one of his cats after it got trapped inside one of the walls of his house.

Matt Fraser, 29, whose lively family life is portrayed in US TV show Meet The Frasers, and his fiancée Alexa Papigiotis, 21, were baffled when their beloved ‘fur baby’ Luca went missing.

The couple searched their Rhode Island home high and low for the cat. 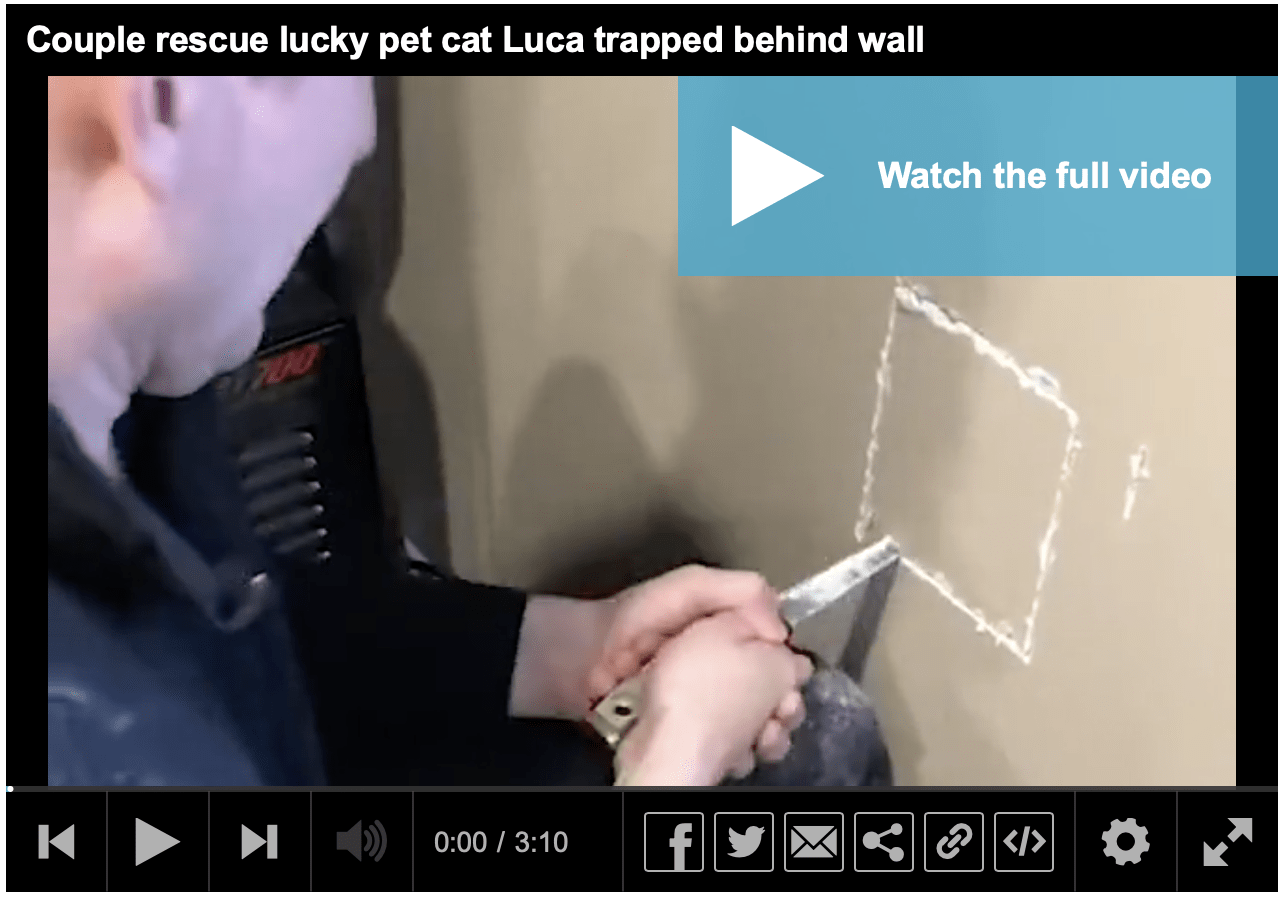 Footage, filmed by Alexa, captures the moment they heard faint meowing and realised Luca was nearby.

They follow the sound and realise it coming from inside one of their internal walls and the only way to rescue the stranded cat is to cut a hole in it.

Another of their Bengal cats Leo also walks around, brushing up against the wall in which Luca is stuck.

Then psychic medium Matt saws a square hole through their plasterboard.

As the piece of wall pops out, Matt calls Luca’s name and the cat jumps through the hole back into the home.

Baffled at how the cat got stuck, Matt uses the torch light on his phone to look inside the wall and says that Luca must have fallen in there.

Matt is not impressed that he had to cut the hole as he tells Luca ‘you ruined my wall’ and says he has ‘repair it like Bob the Builder’.

At the end of the clip, Alexa explains how they think Luca got into the wall by jumping on to a cabinet and going through the ceiling and then falling through the wall.

The hole appears to have been fixed and filled in.

Matt and Alexa have three Bengal Cats Leo, Luca and Lady who they adore and often feature in their TV show and on their social media.

Alexa was awarded Miss Congeniality at Miss Teen USA in 2017 after she won Miss Rhode Island Teen in the same year.