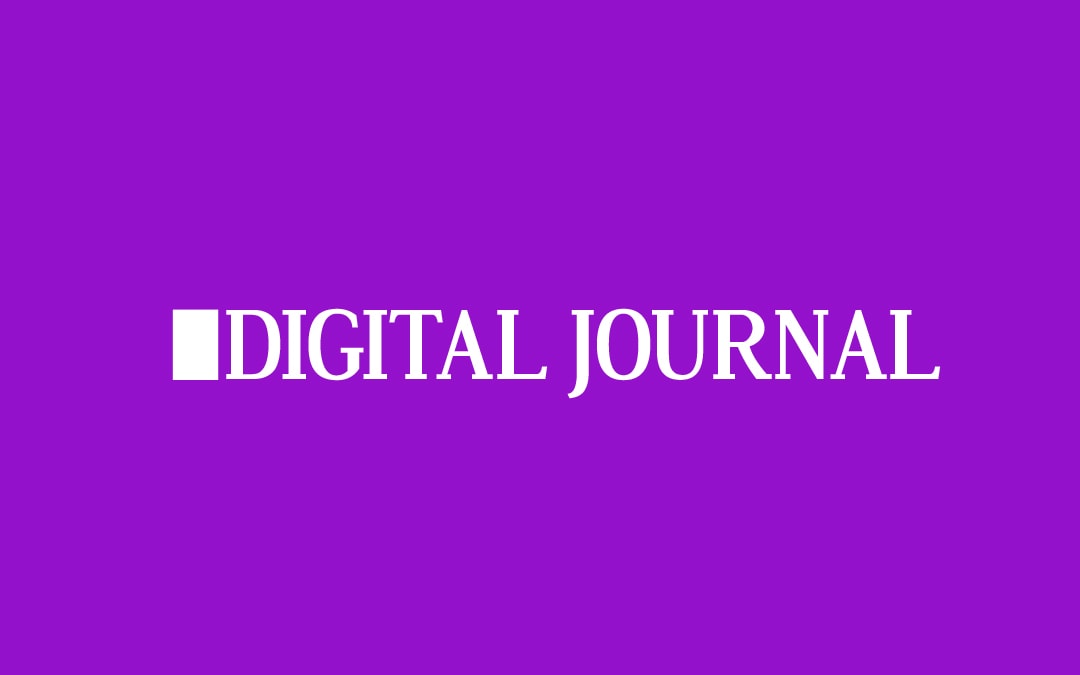 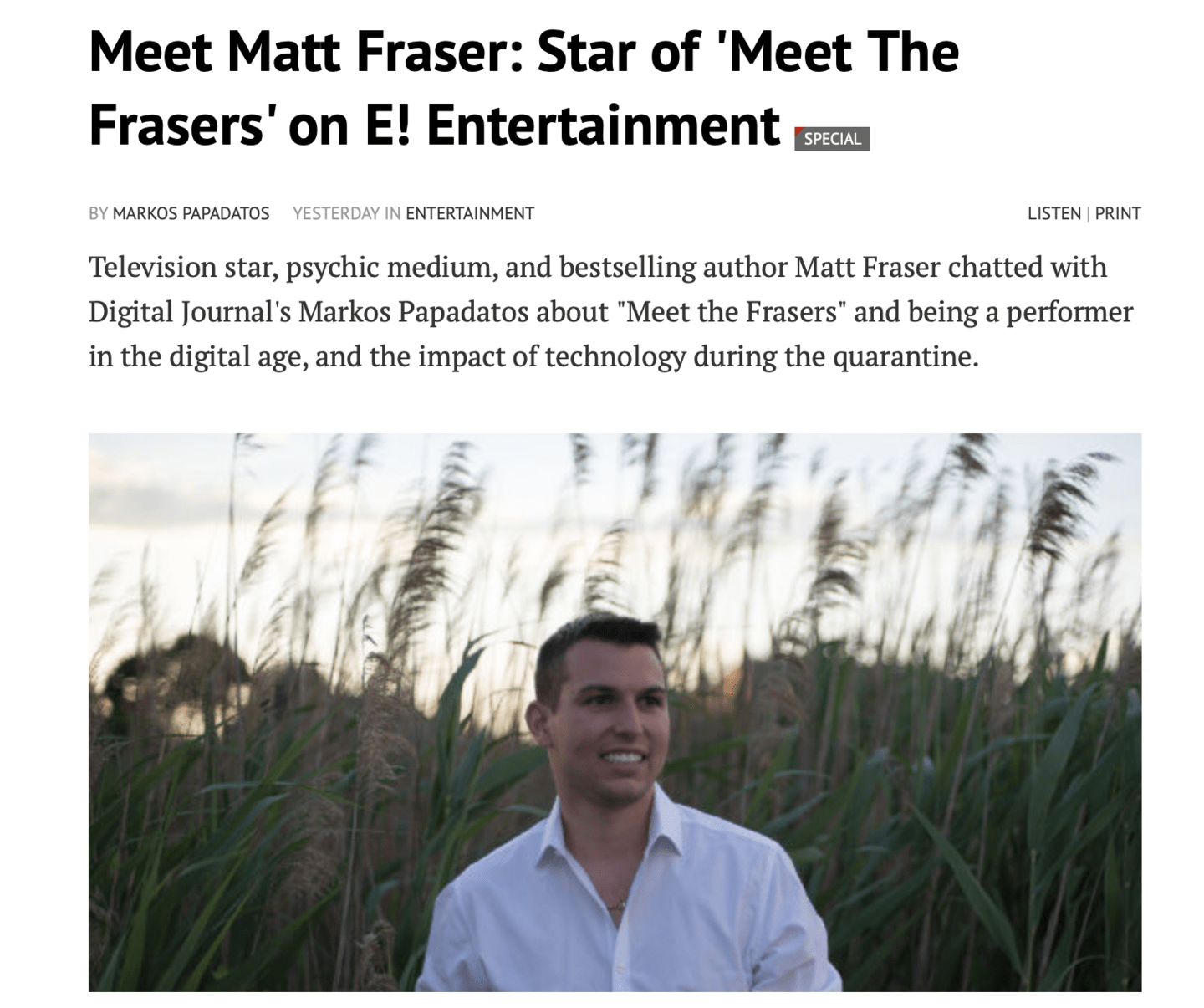 Television star, psychic medium, and bestselling author Matt Fraser chatted with Digital Journal’s Markos Papadatos about “Meet the Frasers” and being a performer in the digital age, and the impact of technology during the quarantine.

Fraser is a star of the hit reality television series Meet The Frasers on E! Entertainment, as well as America’s top psychic medium. “It has been great. At first, I was nervous because I hadn’t done reality TV before, but to be honest with you, you forget that the cameras are there really quick,” he said.

His sold-out live events, shows, television appearances, and popular private readings have allowed him to bring healing, hope, and laughter to a worldwide audience of fans and followers.​ He has worked with A-list celebrities, social media influencers, and everyday people.

Each day, he is motivated by his “clients.” “Getting up each day and seeing the messages on Facebook, Twitter, and Instagram, and people telling me that I am inspiring them and helping them cope with their pain of losing their loved ones,” he said. “Also, at the same time, people are coming to my pages and they are sharing their own stories. Even though my pages are primarily about me, it has become a community for people to come and meet other people that are like them.”

“Every single day, I am learning things that are new. It is a little bit like Rosetta Stone,” he said.

“I am very blessed and I feel blessed every single day,” he admitted. “My clients helped define me, and they shaped who I am. I don’t consider the fans as followers, I consider them family because they are all so positive. My fans are the nicest from all over the world.”

On being a TV personality in the digital age, he said, “To be honest with you, it has helped me reach people I normally wouldn’t have been able to reach and meet before. At first, I was skeptical about doing things online because I didn’t know how it was going to work, especially I am so used to being on the road and on tour. All of a sudden, all of these people decide to tune in online. I’ve read people from Greece, Ireland, Scotland, South Africa, Australia, and New Zealand.”

“Without this new form of technology, I would have never been able to reach these people without physically going there,” he added.

He acknowledged that he sees a silver lining during the quarantine. “The quarantine has taught us a little about connecting with the spirit world,” he said. “When we first went into quarantine, I didn’t know what was going to happen. Then something amazing happened, even though we couldn’t connect with our family members and see them face to face, we discovered a new way to communicate with them via Zoom. Now, we have learned to connect with people in a whole new way using technology.”

“Another thing I’ve noticed is that we are all here in this world to help one another,” he said. “If we didn’t help each other during the pandemic, where would we be?”

Fraser noted that he has loved being at home and enjoying his house. “That is something I haven’t been able to do before since I would travel so much and I was out of the house so much,” he said. “I appreciate being at home and spending time with Alexa and our pets.”

Regarding the title of the current chapter of his life, he said with a sweet laugh, “Zooming with the dead.” “I think that everybody’s chapter in their lives is ‘Zoom’ something such as Zoom holidays, Zoom birthdays, Zoom cooking,” he explained.

A bestselling author of When Heaven Calls and a true global phenomenon, Fraser has caught the attention of major media outlets across the country such as the New York Times, People Magazine, and CBS Radio. He has also been a sought-after guest on such popular television shows as The Real Housewives, Botched, and The Doctors, among others.

For young and aspiring artists, he said, “Keep following your passion.” “Keep going on your own path and don’t listen to anybody else,” he said. “There is enough room in the universe for everybody to have success in what it is that they are doing. Also, I would encourage parents, educators, and people that influence the youth to encourage people to have their own path. We are all brought into this world with different gifts.”

Fraser defined the word success as “looking back on your life and taking away life lessons from it.” “Helping people and being inspirational and that you left your mark on this world. That is what success means to me,” he said. “Also, knowing what your life purpose is. I feel that we are all here to contribute to this world.”

For his fans and followers, Fraser concluded, “Thank you so much, I couldn’t have done it without you. I love the people that have followed me from day one from before I had a TV show and before I was anybody. To see all of those people still following me on my journey shows me that I am doing something right.”