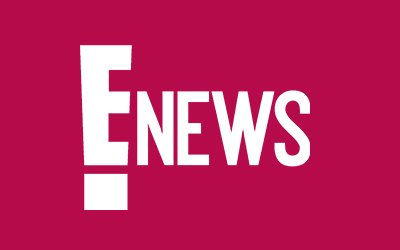 Alexa Papigiotis and Matt Fraser are not your average small-town couple.

“Dating a psychic with a crazy Italian family…is definitely not easy,” confirms the 21-year-old pageant queen in this exciting first look clip from E!’s new reality series Meet the Frasers, officially set for a 2020 premiere. Sitting beside Alexa on a couch in Cranston, Rhode Island, is Matt—AKA psychic boyfriend—who doesn’t argue with her about that.

The banter kicks up shortly after, as the clip cuts to a fleeting shot of Matt admiring his outfit in the reflection of a full-length mirror. “I look orgasmic!” he exclaims.

“I think you’re obsessed with yourself,” his girlfriend calls out from the next room, though the former Miss Teen Rhode Island still thinks they’re the “perfect couple.”

“Well, that’s not true because I still can’t s–t in front of her,” Matt sighs, and this time it’s Alexa who has no comment.

Dying for more cross-talk zingers from the likes of these two? Great. Because, while the 28-year-old medium is up to his ears in professional ventures right now—including but not limited to a sophomore book deal with publishing house Gallery Books, set to release his collection of life lessons, When Heaven Calls, next spring—Meet the Frasers will primarily spotlight the voices at play in Matt’s personal life. And it sounds like they mostly belong to his (very outspoken) immediate family.

The upcoming 30-minute, sitcom-style show will feature a boisterous cast of characters, all of whom are related to either Matt or Alexa. On Matt’s side, there’s younger sister Maria Fraser, a quick-witted cynic with wisdom to share, mom Angela Fraser, a psychic herself who doubles as her son’s manager and dad Rod Fraser, a retired Navy Captain and Fire Commissioner who’s skeptical about this whole “communicating with the nether realm” thing, which should be interesting.

On Alexa’s side, there’s “perfectionist” little sister Ava Papigiotis, who’s helping her sibling get prepped for the big Miss Rhode Island pageant, mom Sharon Ciolli, who (much like Alexa herself) thinks Matt and her eldest should tie the knot ASAP and stepdad Anthony Ciolli, a retired nightclub owner and self-proclaimed “former mobster” who only has eight toes. And more on that in the new year!

“This series offers a hilarious look inside a loving, dynamic and always outspoken family,” E! Executive Vice President of Development and Production Amy Introcaso-Davis said in a statement. “Matt and Alexa are homegrown celebrities on the rise, with personalities big enough to take over the small city of Cranston, Rhode Island, and beyond.”

Get to know Meet the Frasers‘ leading duo—and catch a glimpse of the “big personalities” in store come 2020—in the full sneak peek video above!