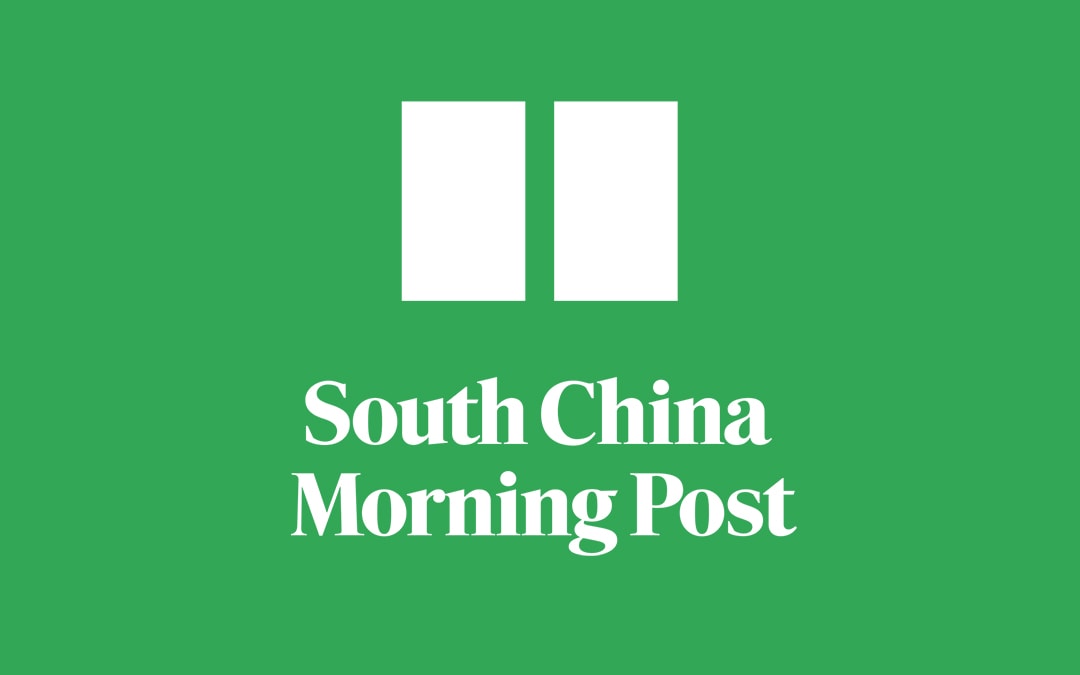 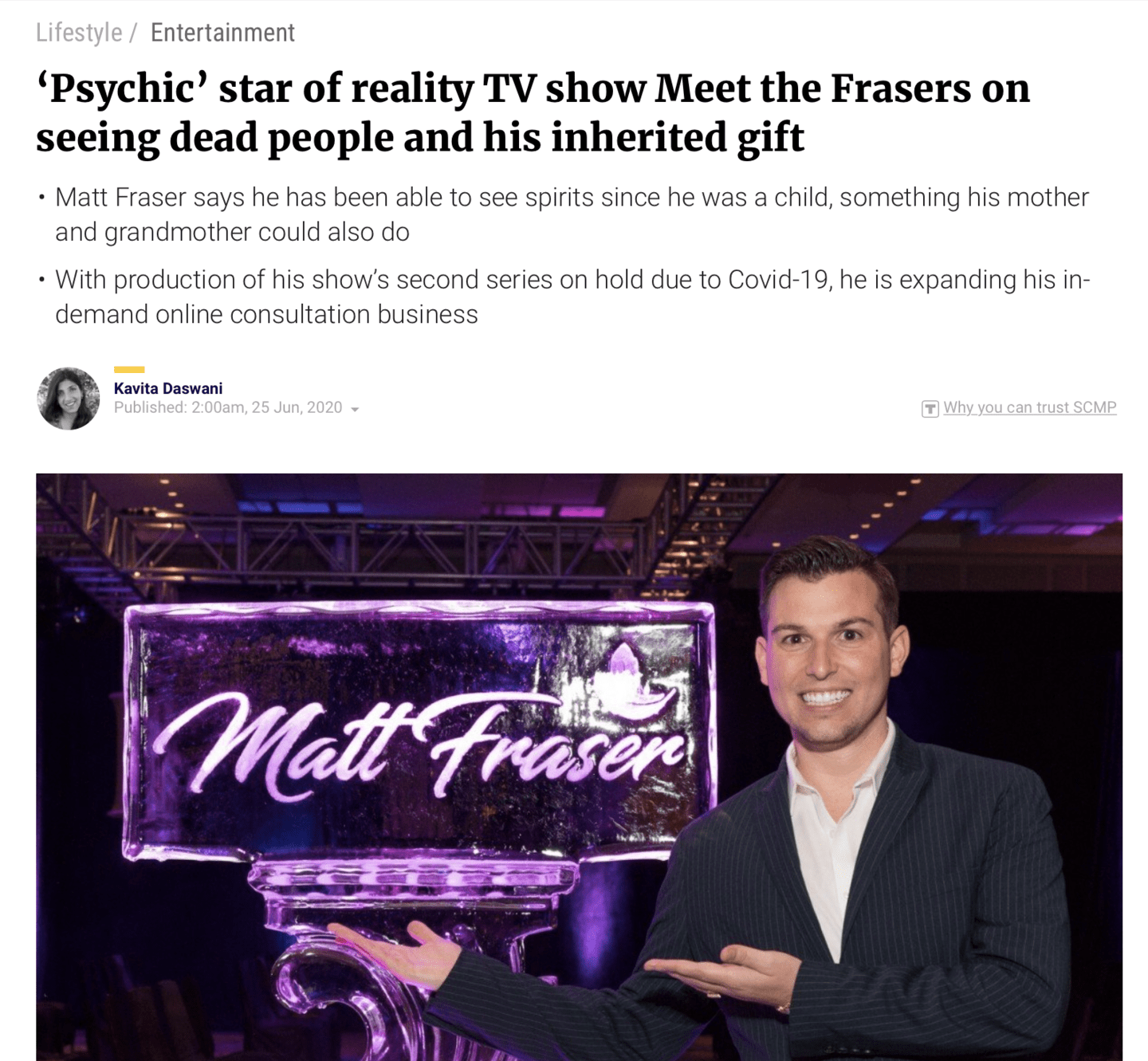 For years, Matt Fraser rejected the visions he’d been seeing and the voices he’d been hearing. “When I was just a few years old, I saw dead people everywhere. I thought the house was haunted. I begged my parents to move.”

It wasn’t until he was well into his teens that Fraser embraced the reality of who he was: a psychic medium who had inherited the gift from his mother, and his grandmother before that.

Once he did so, his world opened up: he began selling out live events, has a two-year waiting list for private readings, wrote a book, and then hit the holy grail for psychics – the reality show where the supernatural meets entertainment in digestible 22-minute segments.

The series, Meet the Frasers, follows Fraser’s daily life with his parents and sister, although it does focus predominantly on his relationship with his fiancée Alexa Papigiotis, a pageant queen from the US state of Rhode Island, from where Fraser also hails.

He was meant to be producing the second season of the show before the Covid-19 pandemic struck. (The first season, which runs on the E! channel in the US, is available on NBCUniversal’s Hayu platform in Hong Kong.)

Fraser is a rather flamboyant 28-year-old with a predilection for shiny clothes; during our recent Zoom call from his ornate study, he wore a sparkling black jacket and gold jewellery. He has a clean-cut handsomeness and conveys a convincing bravado in the face of sceptics and naysayers.

He has put his time in lockdown to good use, expanding his one-on-one Skype consultations into larger group

“I followed the lead of talk show hosts doing broadcasts from their house and wondered if I could do the same,” Fraser said. He has run at least a dozen of these group events over the past several weeks, with participants from all over the world seeking Fraser’s insights.

In the first few minutes of the first Zoom group reading, he said he saw a “smattering of spirits the moment the viewers popped up on screen. I could see and feel their departed with them. It turns into a family reunion with Heaven.”

Fraser believes that he is now doing the work that his grandmother should have done but was unable to because being a professional psychic was unheard of during her time.

“Her gift was a secret to everyone,” Fraser said. “Not even my grandpa knew. God forbid in those days that you would have a psychic on a morning news show. So she kept her talent very close to home.”

When he was 19, he was helping a friend move into her college dorm when he noticed a photo of a man on her wall.

“I said to my friend, ‘Is that your father? Did he die in a plane crash?’ and my friend actually started yelling at me, ‘How did you know that?’ It turns out he was like a father to her, and he had died in a plane crash. He had some really meaningful messages for her. After that, word spread.”

He had been working as an emergency medical technician at the World Trade Centre in Boston when he was overwhelmed by demand for readings. He gave up the job to become a full-time psychic medium, facing off against sceptics and losing friends.

The people I grew up with, who I went through middle school and high school with, when I started talking about this, they didn’t believe me. They started ridiculing me and putting me down.”

He has had to deliver difficult messages – the young person whose parents thought he’d died in an accident, but had committed suicide; the concerned mother who needed to tell her daughter about an imminent divorce – but said his mother gave him some valuable advice.

“She said to me, ‘Treat everyone like family. It’s not what you say, but how you say it. Deliver messages in a loving and nice way and you will receive love back.’”

So how accurate are Fraser’s readings? At the end of our call, he said he saw two spirits around me.

I professed to having no idea to whom he was referring. Then he said he saw what appeared to be my grandmother, and went into a fair amount of detail about her choice of beverage and the circumstances of her death. A message she had for a sibling was spot on.

“I want to help people understand that their loved ones are with them every day and that they’re not alone no matter where they are,” Fraser said. “It’s important to let them do their journey on the other side. We don’t have to worry about them any more.”