THE BULLETIN: Stuff The Bus Kicks Off With Psychic Medium 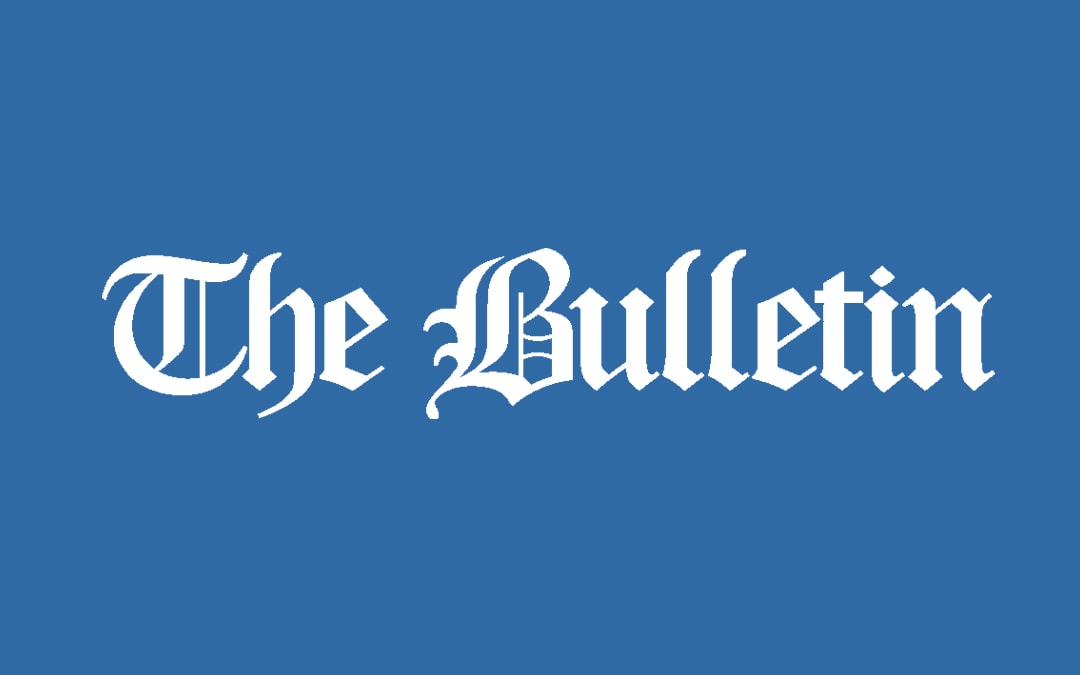 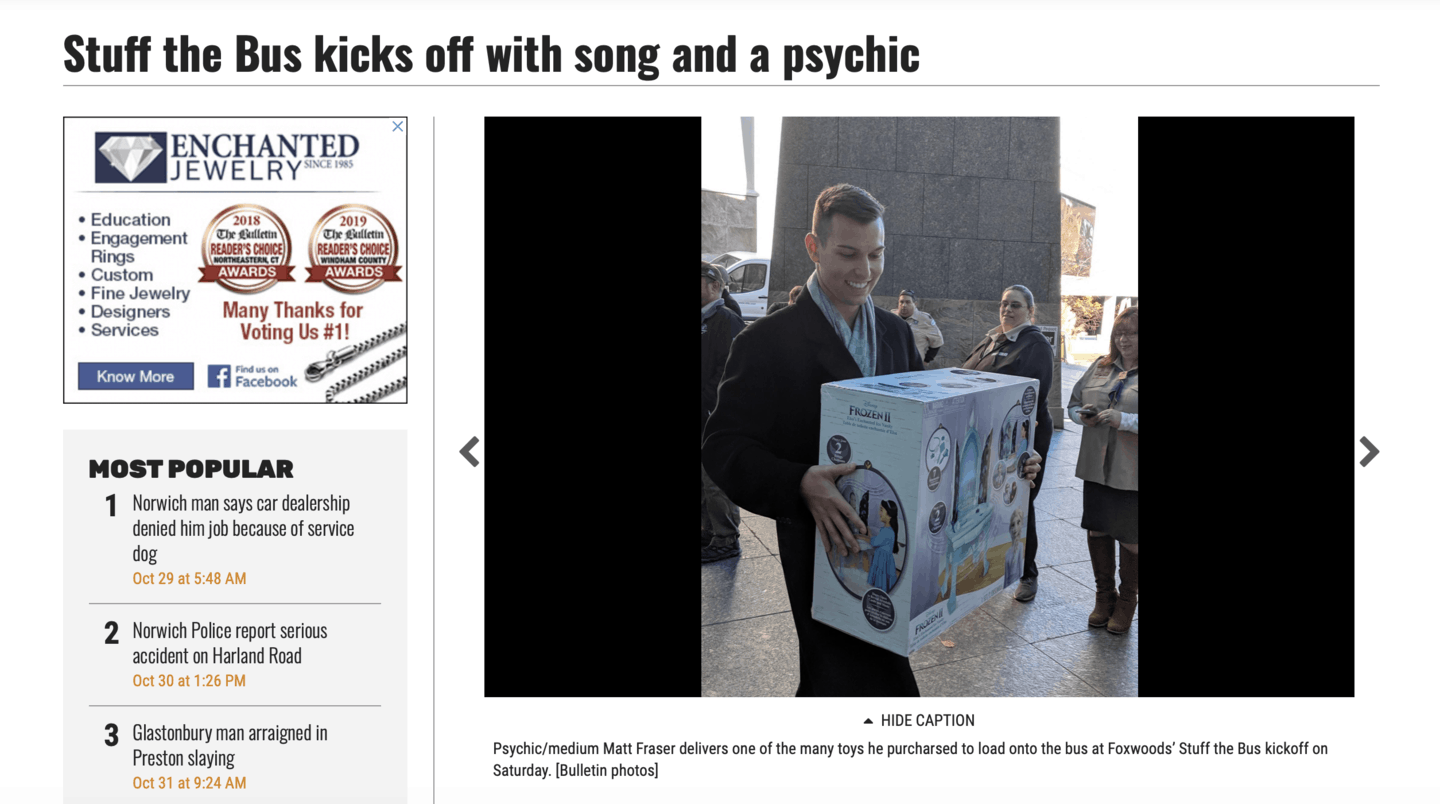 Matt Fraser has it all – a thriving career as a psychic/medium, a strong family and an upcoming E reality series.

But the 28-year-old Rhode Islander took some time Saturday morning to help those who have far less. He was part of the Stuff the Bus kickoff at Foxwoods Resort Casino. The seventh annual event does just as it says – asks casino patrons, including bus passengers, to help load a tour bus with toys, which are distributed by the Tommy Toy Fund next month.

Fraser, who is appearing at the casino on Sunday, girlfriend Alexa Papigiotis and his family loaded two carts at Target to get the bus started. He joked about spending much of his childhood at the casino, including knowing when giveaway days were. He has formed a relationship with the casino and was happy to participate in Saturday’s event.

“So many families need help. There are children who wake up on Christmas morning and want to have gifts,” Fraser said. “This is really important to my family. Every year we go out and fill our shopping carts with toys for those who are less fortunate. That’s what the season is all about. It’s about giving back, supporting other families and sharing the love.”

Stuff the Bus was started by Foxwoods employees in 2013 and quickly caught fire. Not only do patrons donate, but so do some of the businesses and restaurants on the property. There are years in which more than one bus is needed because of all the toys, which end up at the Tommy Toy Fund’s New London distribution site at the United Way’s Gemma Moran Food Center in New London.

Foxwoods employees Sue Evart and Michelle Jolly, both Stuff the Bus organizers, led Saturday’s event, which was attended by new President and CEO John James. Among those they introduced was United Way Vice President Sharon Peccini. The United Way is in charge of Tommy Toy distribution sites in Norwich and New London.

Peccini said she remembers when the Tommy Toy Fund was started in the 1970s, and has seen it grow. More than 6,000 children in Eastern Connecticut receive toys.

Also there was the Hand Bell Choir from St. Luke Lutheran Church, which played a few songs, Kiona Carter and Patrick Goodnow sang, and the Cub Scouts and Boy Scouts from Troop 4 in Norwich, which has made this event a regular event.

“It’s for getting toys for the kids who don’t have resources to get them, and help the families out, “Trooper leader Aaron Wallace said. “Last year we filled up 2 ½ buses with toys and we made a lot of kids happy.”