COAST TO COAST AM: The Dark Side Of Psychic Ability

Psychic/medium and author, Matt Fraser, has conducted thousands of readings around the world, reconnecting friends & family with the spirits of those who are no longer with us. In the latter half, he talked about his communications, as well as the dark side of psychic phenomena, and why some departed spirits are helpful while others are destructive. At a young age, when Fraser first began to see 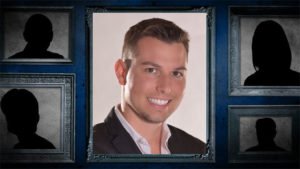 spirits, his mother (who was also a medium) told him “never be afraid of the dead. The dead can’t hurt you.” The difference between ghosts and spirits, he noted, is that ghosts are strangers to you, while spirits are loved ones and friends.

There is not a dark side to Other Side, Fraser commented, but rather it’s earthbound spirits who haven’t crossed over that can project negativity to us. To get over to the Other Side, it’s like going through TSA at the airport, but instead of removing your shoes and laptop, spirits have to release all their negativity, he explained. A lower force may purposefully try to reach out to you to meddle in your life, to scare you, or decrease your spirituality, he cited, but added that these lower entities or attachments will not have any effect on us unless we open the door to them in some way.

Who is Matt Fraser ?

Matthew Fraser is an internationally renowned psychic/medium and author of “The Secrets to Unlocking Your Psychic Ability.” He has conducted thousands of readings around the world, reconnecting friends & family with the spirits of those who are no longer with us. His messages of hope, comfort and reassurance have touched the lives of all who meet him, making Matt one of the most gifted and genuine psychics living today. It all began in New England where Matt was born and raised. He was no different than any other child although he was born with “The Sight.” A psychic gift that was passed down from his maternal grandmother. The signs occurred very early. At just the age of four, Matt began seeing and hearing the departed in his bedroom at night.

Today, Matt is on a personal mission to reconnect as many people as possible with their loved ones in Heaven through his sold out live events, to the his one-on-one sessions and spiritual books. He has answered questions for thousands of people with his incredible psychic gift and has been a highly sought after guest appearing on major media outlets across the nation including: NBC Morning News, Examiner Online, Fox News, Coast to Coast, The Herald News and more due to his uncanny abilities.