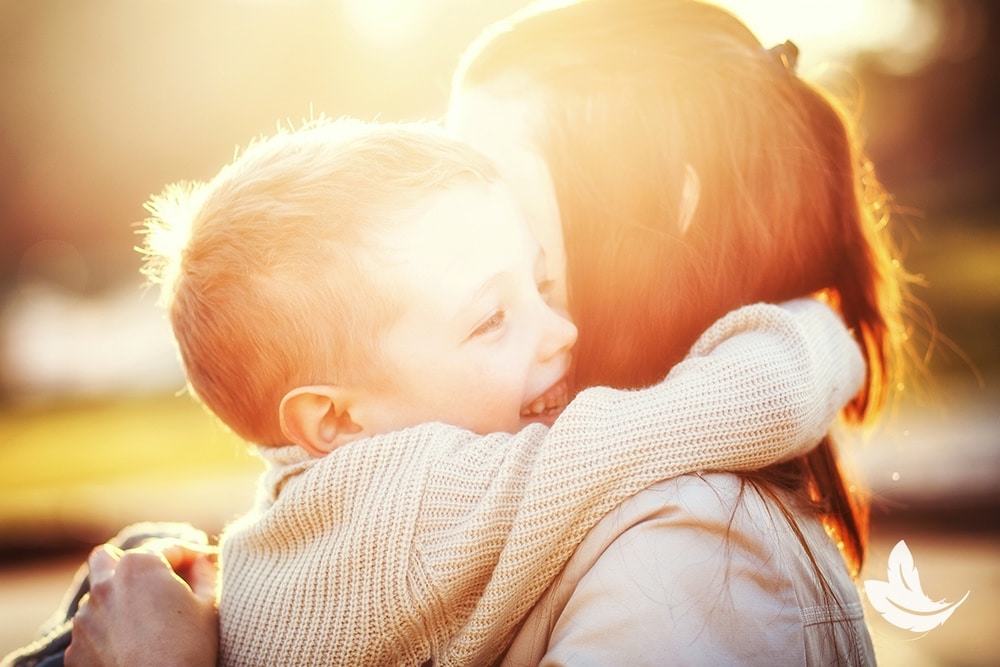 A Grieving Mother Gets Some Long-Awaited Answers

Tamie had never visited a medium or had a psychic reading. Her only exposure to mediumship had been watching a few television shows, which is why it came as a surprise when one day while working on her computer, psychic medium, Matt Fraser, caught her eye.

Something about the idea of a medium holding an event over Zoom intrigued her. Before she knew it, she was on Matt’s website, purchasing a ticket. If nothing else, she told herself, this would be an interesting way to spend the afternoon. But in the back of her mind, Tamie had two questions she desperately wanted answers to – and only someone with the ability to speak to the dead could help her.

Before the event began, Tamie thought about how she could best position herself to catch Matt’s attention. She knew the attendees would be visible on video, so she made sure she set up her desk and background to look neat and appealing. One of her two daughters came into the room, and Tamie invited her to stay for the event.

Tamie logged onto the call and watched as Matt Fraser introduced himself and explained how he worked. It didn’t take long before he was picking out people and giving them messages from loved ones in Heaven.

It reminded her of long ago, and her memories began to swarm around in her head.

Twelve years previously, Tamie had lost her son, Mitchell, who had died at the age of 22. After all those years, she still had questions in her mind about the circumstances surrounding her son’s death.

Life on the Road

As a child, life had been difficult for Mitchell. Tamie had married young and separated from her husband while pregnant with Mitchell. She eventually

remarried and had two other children. Despite her earnest efforts to create one happy family, Mitchell was always aware of being the stepchild and felt that he didn’t belong. As he got older, he started spending time with a rough group of teenagers. When he started bringing them home while Tamie was working, she feared for her younger daughters’ well-being and safety.

Mitchell and his mother fought about following the rules she had set down for the children’s safety, and at 18, he left home to make it on his own. He spent some time staying with friends and relatives and eventually left to live on the road, traveling around the country by hopping trains and earning money by making up songs about passersby’s and playing his guitar.

The last time Tamie saw Mitchell, he had been homeless for about a year. He was hitching a ride on a train and found himself riding past where his mother lived. He hopped off the train to surprise her. She was thrilled to see him. When he was there, Tamie begged him to stop his rambling lifestyle. Mitchell refused and assured her that he was happy on the road, telling his mom that someday he would settle down – but not now.

“I make up songs, play my guitar for people, make enough money for the people with me, and we all eat together. I enjoy my life!”

Then he said something that chilled Tamie. “I want you to know that If I die riding these trains, then I die doing what I loved.” Tamie cried as he said these words because she felt so scared for his safety and tried to persuade him to stay. She knew in her heart something tragic would happen.

Tamie’s last memory of Mitchell was of him walking away toward the train tracks with his guitar on his back.

A few months later, the Sheriff got hold of Tamie’s father. He was told of the terrible news that Mitchell had died. Another homeless friend who was riding the train with him woke up and realized Mitchell wasn’t there. Before they had fallen asleep on the train, the two had been fighting and drinking. He called the police and they found Mitchell’s body two miles back on the side of the tracks.

The police were suspicious and held the caller, Tom, for questioning. There was no evidence of what had really happened – and no witnesses. Despite many unanswered questions, the police closed the case, ruling it an accidental fall.

Tamie was left wondering, “Did Mitchell fall or was he pushed? Was he terrified and aware that he was about to die?”

As Tamie watched Matt work with others on the video meeting, he suddenly turned his attention toward her.

He mentioned a woman, and Tamie’s grandmother popped into her head. “She’s bringing a child who has passed. Did you lose a child?”

“I feel there was something with the head. Did he fall?” asked Matt. “Yes, he fell from a train.”

Matt could tell that Tamie was crushed just speaking of the tragedy, and she still had some lingering questions about the incident – and he had the answers.

“Your son wants to tell you this. He wants me to convince his mother that what happened was just an unfortunate accident. He had been drinking and having fun on the train until he lost his footing and fell. No one else was to blame.”

Then Matt said something that surprised his mother. “You need to understand that your son is taking responsibility for his actions.”

This resonated with Tamie. “I always taught him to take responsibility for his actions – to own his choices. We had many talks about this topic.”

Matt went on to share that Mitchell appreciated how his mom had always looked out for him, and he knew how much she loved him. His wish was for his mother and his sisters to start to let go and find joy in life again. He knew his mother didn’t want to celebrate holidays because she missed him so much, but he wanted his family to find happiness and joy together. He begged his mother to let go of her guilt and grief and assured both his mother and his sisters that he is with them every day.

Matt knew that Tamie was receiving signs from Mitchell when she asked about her lamp and how it would go on and off for no reason at all. She said, “It seems to happen whenever I am thinking or talking about him.”

Matt shared this final message from Mitchell, “I made a mistake, and I’m sorry. I didn’t feel anything – one minute I was falling, and the next minute I was in Heaven. I want you to know that I’m here.”

Finally, Matt told Tamie, “You need to understand that you were the best mother you could be.”

After the reading, Tamie shared how these words were so precious to her. “It didn’t matter if anyone else in the world believed it. It was a gift Matt gave me. I think it’s wonderful if this story helps other parents who have lost a child.”

Like many parents who have lost a child, Tamie had been tortured with guilt, regret and questions for the first few years. She couldn’t sleep or eat. “Your brain doesn’t shut off – you keep wondering what you could have done differently.”

Then as the years passed, Tamie was just stuck – her life was good, but at times the grief and heartache were overwhelming. She felt alone, sad and stuck. It felt like she was walking through mud, feeling like she just had to accept that she would never find the answers to her questions.

After the reading with Matt, Tamie was in shock for a while. She realized she had been second-guessing and blaming herself to the point that she wasn’t really living.

When Matt relayed Mitchell’s message, Tamie replied, “It feels like I am no longer stuck in the mud.” She realized she had the answers that had haunted her thoughts for all these years. She needed to live her life, knowing that he hadn’t suffered in the fall and that it WAS just an accident. Her son was in Heaven wishing her and his sisters’ happiness – and sending them love.