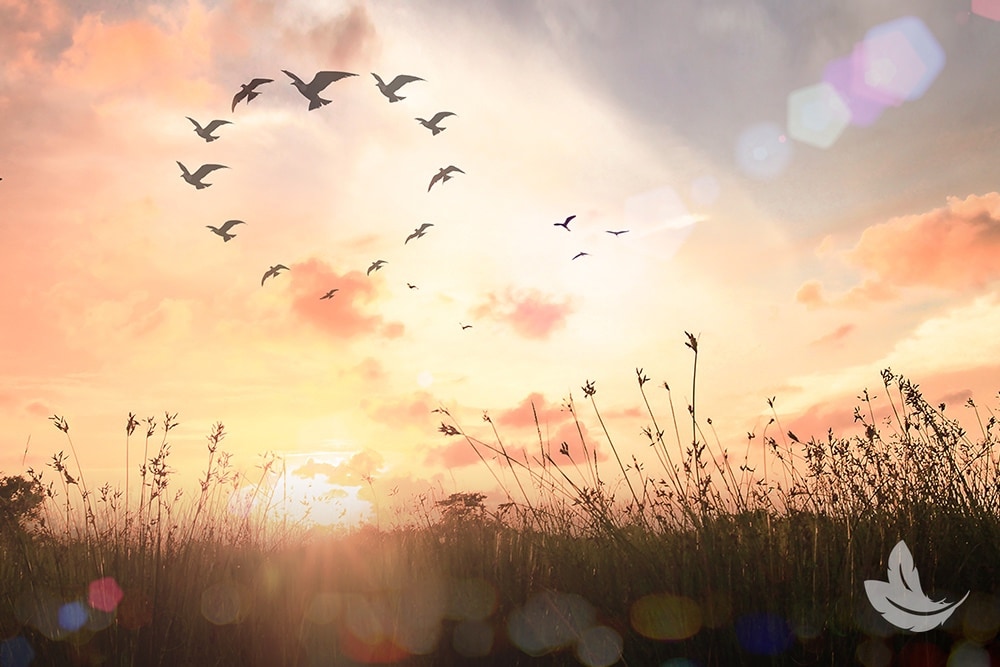 I have enjoyed seeing others experience readings at various psychic medium events; however, I never expected to have a reading myself. But the day I went to see psychic-medium, Matt Fraser, that all changed.

My sister, Judy, had passed just 11 months prior to this particular event, and I have missed her every day. I was her primary caregiver up until the last 18 days of her life when she was hospitalized, and I’ve never felt right about some things.

I’ve always felt that I should have pushed harder, taken her to different doctors, and done something differently. I’ve felt alone and as if I’d let her down.

He was almost finished and had left the row I was seated in and moved toward the back of the room saying, “I need to come back here because there has been someone here all night.”

He had the back row of guests stand and began to speak to them. Of course, we were all turned around in our chairs to see him. He asked, “Who is cleaning off the grave?”

I didn’t speak at first because I felt he was too far away, and it couldn’t be meant for me. Then he turned around, looked directly at me, made eye contact, and asked again, “Who here has recently been cleaning off or sweeping a grave? I see someone almost frantically doing this.” He had turned and made direct eye contact with me. I felt like someone had slapped me in the back of the head (literally), so I spoke up and told him I had.

This is the backstory – not shared with him or anyone!

Just a few weeks before attending the event, I had a mini-breakdown when I brought an arrangement to the cemetery. There was so much snow and ice that I couldn’t be sure if I was at the right spot. I dug through the snow until my hands bled, broke a snow brush from my car, and finally just stopped. Exhausted and half-hysterical, I went back to the car and called my husband, sobbing.

When I got off the phone, I went to visit our old neighbors for a while, and unbeknownst to me at the time, my husband called my oldest son, who went to the cemetery to finish what I had started. I later returned to find it cleared off and the arrangement placed on top. The only people who knew these details were me, my husband, and my son. We had never spoken of it with anyone.

You Are My Sunshine

Matt looked and pointed at me, saying, “YES! It’s you!” He came back, had our row stand, and went on to say, “Your sister is here for you. She’s been back there all night, just waiting! She wants me to acknowledge that she sends you signs all the time that she is still with you, but that you sometimes doubt them or think it’s just coincidence. She’s telling me to tell you it’s not.”

Fact: I get feathers, coins, and specific songs and phrases all the time that I brush off. At this point, I was shaking like a leaf!

He said, “I feel like there is an important anniversary coming up.”
I acknowledged that the anniversary of my sister’s death was March 2nd – only a few days away.

Then he started gesturing around his abdomen, saying, “there was a misdiagnosis, or it took way too long to get a diagnosis or something, and it was too late for the doctors to do anything. But she wants you to know that she is okay. She’s not angry, and she knows that you did everything you could to help her. Do you understand that?”

All I could do was shake my head.

Then, still gesturing with his hand motioning in a circle around his abdomen, he continued, “There was a growth – a mass or a tumor or something – but it was unusual. Did it grow around something? I feel like it strangled or choked something off, and that is why she died. I feel like she had cancer, but there was something unusual about it.”

I told him that yes, she had pancreatic cancer.

He went on, “But she didn’t die just because of cancer. It was this twisting, choking thing that complicated it. Do you understand that? Does that make any sense to you?”

All I could do was nod. I was a mess! In fact, she had a blood clot caused by cancer that choked off her portal vein.

“He then said, “She was a real fighter, this one, wasn’t she? (Laughing) I sense that she really didn’t want to give up, and even though the doctors and everyone said one thing, she is telling me that she proved them wrong!”

I literally choked out that after they told us she might have three days, she fought for 17 more!

So many of our loved ones had passed in the month of February, and Judy was determined she wasn’t going to be one of them! Matt then came closer to me – I was about to fall over – and held my hand. He kept saying over and over to me, “Your sister wants you to know that she did

not want to leave you and that she loves you and is still here with you. She wants you to know that she is still taking care of you and watching over you.”

Then he let out a small giggle! And he said, “She is singing to me! Well, I don’t know if it’s to me – do you know the song, ‘You are my sunshine’? Is there significance to that, because she is singing it!”

I laughed out loud! I wasn’t surprised. I told him how just a year ago, we all were gathered in her hospital room, and she wanted to sing the old songs like we did when we were younger. And the fact that she chose that one at that particular moment is significant because it is what she always sang to (my son) Jason. Jason was always her special sunshine, and I wasn’t surprised she would want to send him a message, too.

Then he said, “What the hell are you doing?!” And started laughing! He said, “Ok, what’s with the boobs?” And was gesturing like he was pushing up boobs. “Did she have really big boobs or like to make jokes about her boobs or something? She is doing this (gesturing as if he had boobs), and she is laughing!”

OMG! My sister Judy was the most modest person ever! I couldn’t even imagine, so I said no, no, I don’t have any idea what that could all be about.

He took my hand again and got serious, “Listen, she really wants you to hear this. She loves you. She really didn’t want to leave you, and she’s still with you. She wants you to laugh again. She has been waiting in the back of the room all night to tell you because it’s that important.”

This would have been so typical of my sister to stand in the wings to make sure everyone else got to hear from their loved ones first.

Then he finished up, thanked everyone, and was done.

I went to see him afterward to get his book signed – because after that, how could I not – and he started laughing and jokingly said, “You’ve got to figure out this boob thing because she’s still here with you, and she just keeps laughing and doing this!” And he was gesturing again.

After I got home, I told my family all about it. We were finishing dinner when my girlfriend that I had attended with messaged to make sure I was alright. She texted, “Gee, have you figured out the boob thing yet?”

There is a photo of her with my oldest daughter, who at the time was about 6-8 years old. Judy had on a sweater, and under the sweater, she had stuffed two massive balloons. She made the

statement at the time, “When I’m gone, this is how you’ll remember me, and you’ll laugh!” We always laughed over that memory, and every time the picture would surface, she would say the same thing! 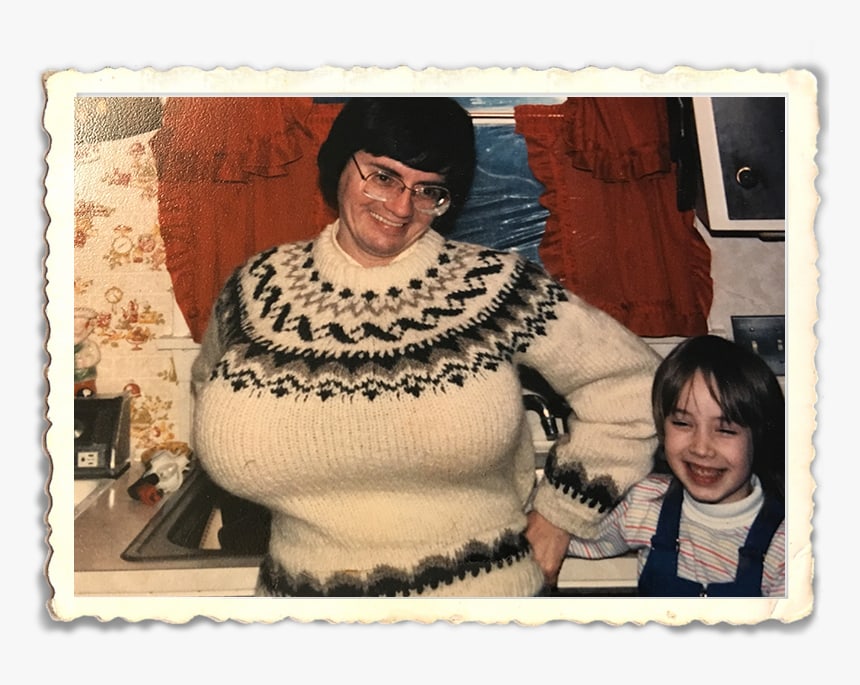 I immediately called my daughter to tell her, and even she remembered it along with her Auntie saying that. So needless to say, it was a very emotional evening. I honestly never expected anything to happen, not that I wasn’t hopeful. I will tell you, my heart is in a different place today.

I feel like I’ve been given another incredible gift. I no longer take signs for granted! In fact, I get incredible joy from each and every one, and I know she is still here taking care of me, and one day we will be together again. In the meantime, I’ll enjoy the signs she continues to send.

As I was cleaning out her house after her death, I came across a note addressed to me in her nightstand, seven months after she passed. I had been contemplating getting a different tattoo in her memory when I found it. It had been in the drawer the whole time, but I just had not seen it. Coincidence? I think not!

It read, “God was so good to me you – were here when I needed you most. I didn’t mean to leave you so soon. Know that I loved you dearly and didn’t want to leave you.”

Kind of eerie that Matt spoke those exact same words to me.

I know how blessed I have been, but truthfully, experiencing others on the receiving end of Matt’s gift is incredible, too. Everyone should open their minds and hearts to experience this. It is truly life-changing. There are just so many things that Matt could not possibly have known.

I feel so blessed to have received this gift from Matt, and I will forever be thankful!