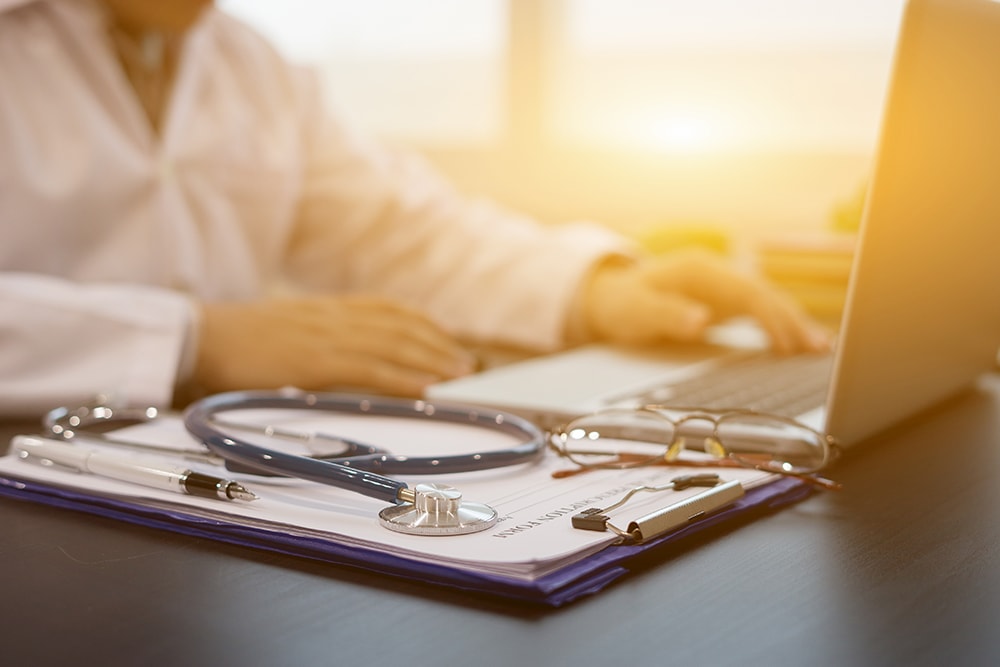 When Jennie LaBarca attended her first event at Foxwoods Resort and Casino, hosted by psychic medium Matt Fraser, she never anticipated the effect the young medium would have on her life. She had lost her mother years earlier, and at the event, Mom came through with some loving words for her daughter.

Jenny was thrilled to receive a message from her mother and looked forward to attending another of Matt’s events. Time passed, until about 5 years later when Jenny got word of another local mediumship event  with Matt Fraser. She purchased tickets and this time brought her two cousins with her.

The three women hoped at least one of them would be selected for a reading, but Matt’s message surprised them all – especially Jenny.

After the event began, it didn’t take long for Matt to single Jenny out. He walked up to her and shared several insights from her mother, but those messages were eclipsed by what he said next.

“Your mother wants me I to tell you something important! What is wrong with you can be remedied. You just have to get a second opinion.”

He went on to explain, “There’s something relatively minor that can help you.”

To look at her you would never know there was anything wrong. But in fact, she had a ruptured disk in her lower back that had been getting progressively worse for years. She had always been an active person, but chronic back pain was making it hard for her to enjoy her usual activities.

Jenny had already gone through one back surgery, but it didn’t solve the problem. After that disappointing result, her doctor recommended a drastic procedure that involved putting a bar in her spine. It was a risky operation and the chances of success were 50/50.

Jenny didn’t like the odds, so she refused the surgery – opting for pain management techniques and injections instead.

Years passed and Jenny continued to struggle. On the days when her pain got really bad, she even resorted to using a walker. But she had not used a walker on either of the occasions when she went to see Matt.

When Jenny heard the message from her mother that Matt relayed, she was suddenly hopeful. “What Matt said felt so true to me!”

“My doctor insisted it was my back, nothing else, but I had been feeling like I was walking on a broken leg. I went to a doctor and said please do an x- ray of my hip. Matt had told me to try this and I believed him. After hearing from Matt, I was convinced that there was an answer, and I was tired of not being able to walk!”

When Jenny got her results from the x-ray, it turned out that Matt Fraser had been correct! Her entire femoral head (the ball of the hip) was gone, and the socket had eroded from the bone on bone contact.  And just as Matt had said, the problem could be easily corrected.

Jenny got a hip replacement and it was like a miracle. After she recovered from the operation, she could walk again, and her pain was nearly gone!

Jenny credits Matt Fraser for her happy outcome. “If I hadn’t heard Matt’s words I would never have insisted the doctor keep looking. My mother had been watching me deal with my pain for so long, and gave me advice through Matt. What he said kept playing over in my mind – you need to get another opinion, because this can be remedied.”

Jenny explained how the hip replacement changed her life. “I had kind of accepted my pain, and I kept myself busy. I would go to Florida every winter, but I couldn’t walk on the sand at the beach.

Things were bad with my back, I had nerve damage and scoliosis and all kinds of issues, but the back injections were not working and after Matt said what he did I just pushed and pushed until they looked for another cause.”

“The pain was excruciating.”

Like most of us, Jenny had put her trust in her doctor, and accepted what he told her. Even after Matt’s reading, she put off questioning the diagnosis for a while, but his words kept prodding her.

Jenny had no doubt that Matt was able to connect with her mother on the other side, so she trusted his words. Her confidence paid off!

“My family is very gifted, I get premonitions about bad things that will happen, my daughter is sensitive to people’s energy, and another young relative sees dead people. I know that Matt is the real thing.

Nothing that Matt had seen would make him know that I had a problem, yet he knew I should get a second opinion.”

Now when Blythe goes to Florida, she can walk on the beach again. She will be celebrating her 70th birthday with a cruise. All thanks to Matt – and her surgeon, of course.

Jenny wanted Matt to know how his words had helped her, “I think I might still be suffering if I hadn’t gone to that event. You really hit the nail on the head with my ‘ailment’ and your words forced me to check deeper into the original diagnosis. When I recovered from the surgery, I just had to thank you for giving me my life back.”