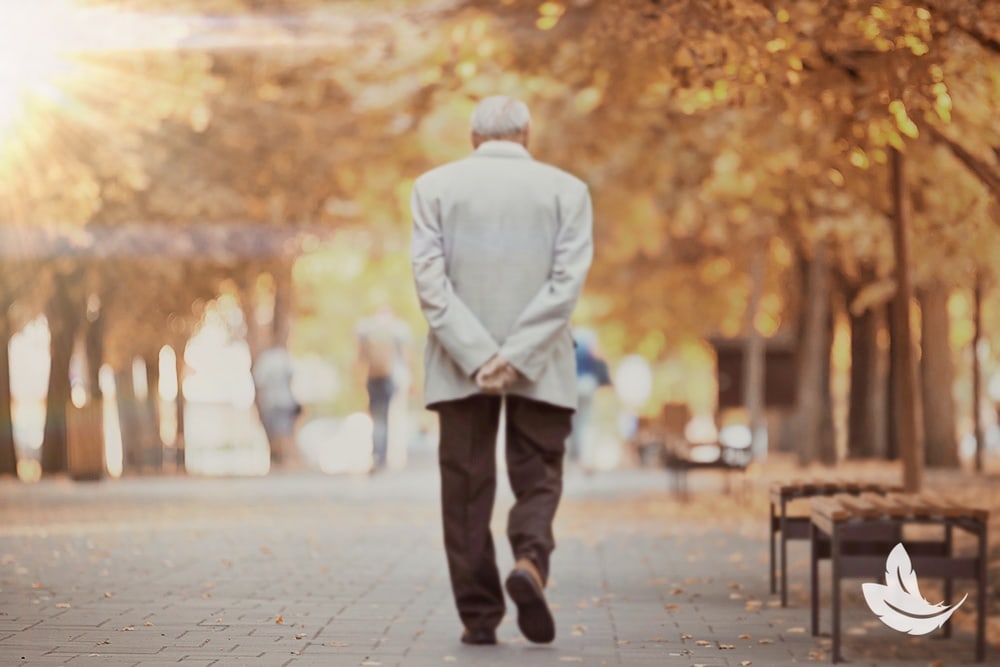 Rosemarie D’Ascoli’s father raised her to be strong and capable. He worked hard for his family, but he still made time to take his daughter fishing. He was 19 years older than his wife. In 1986, he passed away from lung cancer at age 72, leaving his 20-year-old daughter to take care of her mother.

Then Rosemarie’s mother passed in 2015.

Rosemary had expected to hear from her dad after he died – maybe get some kind of a sign that he was with her – but in 33 years there was nothing.  Hoping to connect with her parents, Rosemarie signed up to see Psychic Medium Matt Fraser at an event in Connecticut.

Rosemarie had her doubts when she saw Matt. He was so young! “He was wearing velvet slippers with shields on them, and a shiny shirt. I thought to myself, who is this guy?” Despite her first impressions, all of a sudden Matt was standing there looking at Rosemarie. “Who is Rose?” he asked. She wants to talk to you.

Her mother had come through.

He told Rosemarie about her mothers’ illnesses. “She’s so proud of the woman you’ve become!” Rosemarie remembered, “Then Matt said he had something funny to tell me. My mother said I had been wearing her ring but that I had stopped wearing it! She said I was too cheap to get it sized. Everyone laughed. But my mom was like that – she had a sense of humor and she’d give you a jab sometimes.”

Matt looked at Rosemarie, “is that true – are you cheap?” Rosemarie said that she was.

After hearing from her mother, Rosemarie wanted more. She attended an event at the Italian Center in Stanford, Connecticut.

“There were already people in there seats, I came in late and was taking my time – I didn’t realize what time it was. I landed in the last row – I thought this could be bad, but then again, maybe it doesn’t matter where you’re sitting.”

At one point, Matt said “people who are standing behind you who have passed, and if they were quiet in life, they will be quiet in death.”

Rosemarie decided to give her dad a little nudge. “I said to my dad – I know you’re a quiet guy, but if you’re here you have to do a little dance or something so Matt can see you.” He must have heard, because Matt came right over!

Matt said “I have your dad here. He liked to drink, and he’s showing me his favorite chair. He used to hide his bottle between the seat and ottoman.”

“You weren’t supposed to know that!” Matt said. “I can see that your dad and your mother fighting about his drinking.” Rosemarie remembered her parents fighting. “It was true, I didn’t want to think about that but it was something we lived with.”

Matt told Rosemarie, “Your dad is very sorry he didn’t spend more time with you and show you more affection.”

Rosemarie felt so sad when she heard that. She said “Dad, why are you thinking that way? You were there for me – it was enough”

Rosemarie explained, “I felt that he did spend time with me but looking back I know that he wasn’t always available. He would come home, and I didn’t notice that he was already loaded. As a child I didn’t really think about it. He owned a liquor store, and it seemed natural that he would like to drink. He and my mom were close, even though they fought. He did everything for us. He made breakfast and lunch and even cooked dinner. He was semi-retired when we were growing up because he was so much older.”

Rosemary was so happy to hear what Matt said next. “He said he was so proud of me. I had always wondered what he would think of how I turned out. I was still in college when he died, and I missed some exams because of his sickness. I didn’t know if I would even get my diploma. On the day of graduation, I just showed up and hoped for the best. They did call my name and I got my diploma, but it was bittersweet because he wasn’t there. My father passed in June right before my graduation ceremony.”

Rosemarie went on, “After all that time it was so good to hear that he was proud of me, and I was happy I got to talk to him. After 33 years you forget to keep the communication open.

Now I feel like he’s with me. I know someone is watching over me. Even though he’s passed, we are close again, we have little dialogues all the time. I’m speaking to him more, remembering things more. Thinking about the times we had together, fishing and going for long rides in his car.”

Rosemarie was so grateful that Matt brought her father through. “Maybe Matt knew that I needed to hear from him, even though  I was expecting to hear from my mom. I have some family things going on and needed to feel my parents were with me. Hearing from them put those things in perspective. I realized that maybe I needed to change the way I look at things. It’s mind blowing to realize that my parents are still with me.  I can have a conversation with my deceased loved ones, and it’s like they are still here. I can still get advice from them. In just a few minutes Matt Fraser changed my life for the better. “