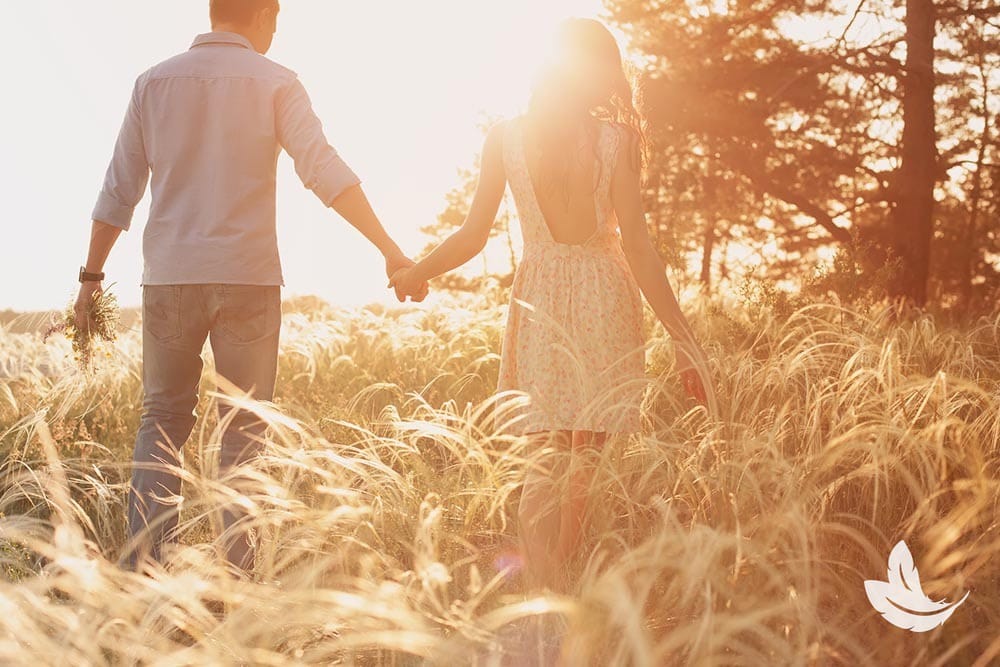 When Stephanie Guardino set off for a few hours of shopping, she never expected the day to end in tragedy. It had started innocently enough, as Stephanie said goodbye to one-year-old Angelina, leaving her in the care of her father, Matt.

Matt adored Angelina, he called her his “little bean,” and often slept on the couch close to her room, waking up and checking on the baby throughout the night. In fact, his vigilance concerned Stephanie – it seemed like the responsibilities of supporting their little family of three weighed upon Matt. Stephanie knew he wasn’t sleeping well, and that he often worried about his job. She even encouraged Matt to see a counselor to help him manage his stress.

When Stephanie returned home that day, it had started to snow heavily. As soon as she opened the door she knew something was wrong. The doting father who she had trusted to watch Angelina was drunk – very drunk.

“The mama bear came out in me, and I said some terrible things to him!” explained Stephanie. “How dare you get drunk while you’re watching Angelina – anything could have happened!”

Matt looked at her. “Well you won’t have to worry about that anymore.”

He walked out of the house.

There was a bad storm that night, and after a few minutes Stephanie wondered where Matt had gone. She hadn’t heard the car start up.

She braved the snow and went out to look in the car. Matt wasn’t there. There was a gym in the apartment complex. “Maybe he went there.” Before looking in the gym, she headed inside the apartment to check on Angelina.

In that moment, Stephanie had a chilling vision. Her mind thought the worst, she saw Matt dead & she imagined the police coming to the door.

Suddenly, she heard the very real sound of an ambulance roaring down the street, and shortly after, a knock. Stephanie knew that her vision had become a reality, and something terrible had happened.

She opened the door and saw two policemen. “He did it, didn’t he?” She dropped to her knees.

Matt had hung himself from the rafters of the gym.

The police waited with Stephanie until her father could get there.

Struggling with Guilt and Loss.

After Matt’s death, Stephanie was devastated. She struggled with the idea of Angelina growing up without her father. She desperately wished she could go back and pay attention to the signs. She found her husband’s journals and read his words, as he urged himself to carry on for Stephanie and Angelina.

Trying to make sense of what had happened, Stephanie visited a local psychic medium, but it just didn’t feel real.

Stephanie felt alone, as if no one understood what she was going through.

“How can anyone understand my guilt and confusion and sadness unless they had gone through the same experience themselves.”

Time passed, then, through mutual friends, she met John.

John’s father had taken his own life. The two could relate to each other because they had both lost their best friends. Their relationship brought Stephanie comfort, but she still struggled with guilt and loss over Matt’s death.

One day Stephanie and John were online when an ad popped up for a psychic medium named Matt Fraser. He was holding a live mediumship event nearby. On impulse, the two decided to go and see him together.

The couple headed to the event feeling positive. Stephanie was clutching a picture of Matt.

John got a reading first. It was extremely powerful.

Matt Fraser left the aisle, and in her head, Stephanie shouted out to her late husband.

The medium had moved across the room and started another reading, when suddenly he stopped.

Matt came over to Stephanie, and she started crying. She knew that her husband had heard her calling out to him.

Matt said, “I have someone telling me that they are your husband, and they took their own life.”

“He wants me to give you a hug from him.” Matt Fraser gave Stephanie a hug from her husband in Heaven.

“He’s telling me that he was having anxiety and panic attacks and was hiding his drinking from you. He just wanted the pain to stop. He was dealing with so much pain from losing his Dad and the things that had happened with his family.”

Matt went on, bringing through more words of healing for Stephanie.

“He wants you to know it wasn’t anything you did. He loved you so much and you brought him so much joy. He said he’s sorry for leaving you with all this pain. When he left this earth, he left his pain behind, but it was still with you. He sees that you think of him all the time and that you can’t move forward. He’s sorry that his family blamed you for his passing. He’s sorry you didn’t have support while you were grieving his death.”

Matt Fraser asked, “Did you think you were pregnant after the death?” I said, “I took a pregnancy test, but It was negative.”

His next words answered some questions that Stephanie had been struggling with.

“He told me that he saw that Matt was self-medicating with pills before he died. I would not have guessed that for a million years! He was mixing alcohol with pills. It made perfect sense to me. That explained his dramatic change in behavior.”

Matt shared that her husband was happy about her relationship with John.

“He wants you to move forward with my life and to start a family with John. He said “He sees that John is a good man. You have his blessing.”

“One more thing, I can see that you and Johnny will have a baby – a boy! I see that in your future.”

Stephanie and John left the event on cloud nine. So many unanswered questions had been answered. For the first time, Stephanie felt like she had permission to move on.

“The information Matt Fraser brought through was incredibly accurate and has put me at such ease to move forward with my life. It means so much, knowing he doesn’t blame me and that he loves me. I will always miss him and feel sad sometimes because he was such a huge part of my life, but I feel unstuck. I know that he is okay, and that he’s in heaven. There’s a lot of fear that if you take your own life, you’ll go to hell. But after the reading I was comfortable that he was in a good place.”

Reaching out from Heaven.

Stephanie had always had a intuitive connection with the other side. One day, before her reading with Matt Fraser, she saw her late husband on the side of the road – he suddenly sprinted toward her car and disappeared.

Because of her connection, she was confident that he would come through to her again.

“I haven’t seen him since, but I feel him. I’ve sensed him behind me. There are little things that make me feel him. He knows how much Angelina means to me, and I feel that she has a guardian angel watching over her.”

With unfinished business resolved and feeling the approval of their loved ones in Heaven, Stephanie and John are moving to New Hampshire, excited to start their new life together. They feel comfortable in the knowledge that both Matt and John’s father are safe and happy.

Recently, they set off paper lanterns – they wrote messages on them and released them into the air.

Angelina wrote a message and sent it soaring into the sky.

Stephanie is grateful that Angelina is happy and she and John want to say Thank You to Matt Fraser for bringing their loved ones closer.