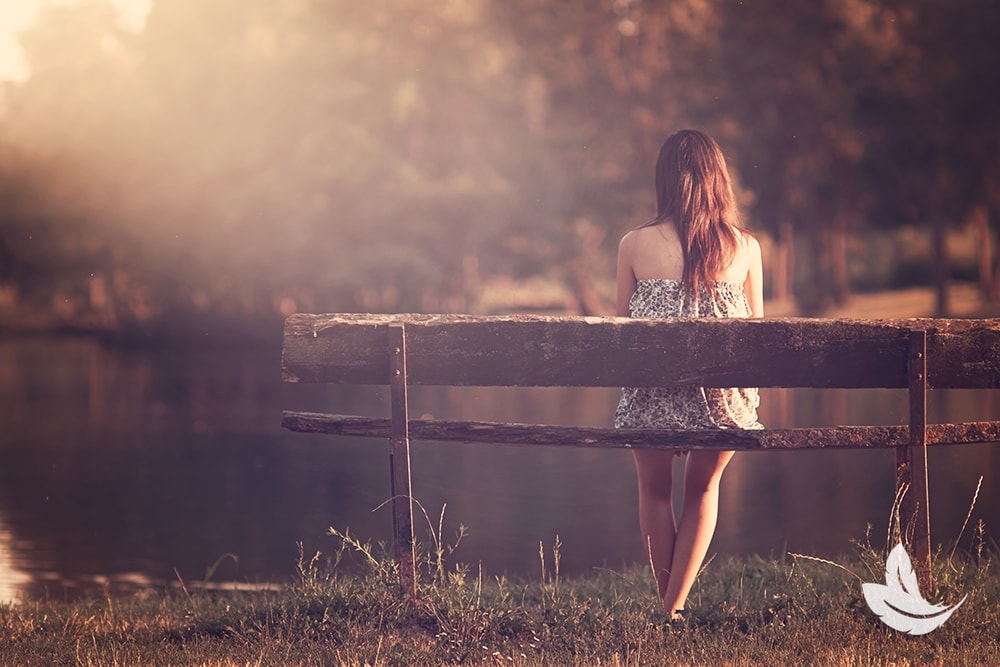 When Fallon and Michael Arcand were growing up, they looked forward to spending summers with their father in Florida. Their dad was larger than life and they loved being around him. Known to his fans as Mike Marcello, the handsome pro-wrestler might not have been there for the day to day activities of his son and daughter, but the time they had together was precious.

“Our relationship wasn’t constant, and we didn’t spend every single summer together, but I wouldn’t let anyone say anything bad about him. He was my dad!”

One year after spending two wonderful months with their dad, Fallon and Michael said their goodbyes and headed home. Everything 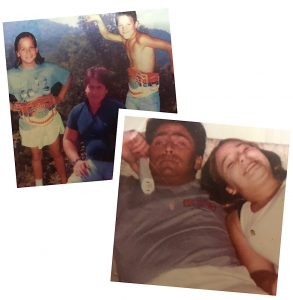 felt fine and normal when they left – and the children had no idea they were seeing their father for the last time.

Five days later they received the news that he had taken his life. Fallon was devastated.

As the years passed, Fallon looked for signs that her father was with her. She often found herself talking to him and asking his advice. She desperately wanted to feel his presence in her life, but there was so much uncertainty and pain associated with his passing.

Hoping to learn more about her father’s death, Fallon and a friend bought tickets to a live event with psychic medium, Matt Fraser. After a short introduction, Matt went into the audience and did a few readings. It wasn’t long before he was standing at the row where Fallon and her friend were sitting. Matt looked straight at the two women,  focusing his attention on Fallon’s friend.

“Pass the mic down, your dads coming through.”

But suddenly he stopped. “Pass the mic to her” he said, looking at Fallon. “He said your dad has to talk to you first.”

Fallon wasn’t surprised, “That’s how my dad was, he was very persuasive, and I could see him making sure he went first.”

After Fallon had the microphone, Matt said, “Your dad wants to show you he’s pushing all the drugs and alcohol aside.”

Fallon’s father had struggled with addiction.

Matt went on, “Did you just leave a big family?”

“Yes!” Fallon had recently moved out of the two-family house where her grandparents and other family members resided. It had been a difficult choice to leave the comfort of her family and go out on her own. She remembered asking her father for advice, seeking his support for her decision.

“He’s so proud of you. He says you both had a hard time growing up, and he chose to deal with it through drugs and alcohol. You respects your decision to take a different path and choose to better yourself.”

And bought a truck.

She had recently done both!

But Fallon was stunned when the young medium said, “Did you think about getting a personalized license plate? I see J-J, Wait, JMA!”

Fallon had wanted to get a customized license plate with her son’s initials, JMA, but she hadn’t mentioned it to anyone.

When Matt shared such exact details from her father, Fallon knew her dad was with her.

“I always sensed he was there, but Matt reassured me. He told me he’s always with you and he’s so proud of how you’ve done in life.

After her reading, Fallon felt so connected with her father, and she could see that the medium could feel it too. At the end, when Matt was signing books, he asked Fallon to share her story.

A Sense of Healing

It’s just been a few days since the reading, and Fallon feels lighter and happier in the knowledge that her dad is watching over her and liking what he sees.

“It’s also nice to hear that he owned his issues with drugs and alcohol and was asking for forgiveness.”

Now Fallon is able to give her father the final forgiveness – knowing that he is happy with the way she’s living her life.”

Fallon’s friend eventually got her reading too! Her dad came through, and then her mom. Both girls were thrilled with their experience.

Fallon is so happy she went to see Matt Fraser’s event. “You can’t even make that up. The talent to give someone the fulfillment and healing that they have been looking for – it’s an amazing gift. Just hearing what he said makes me able to go on. I want to thank Matt for giving me that reading and letting me know that I am doing right by my family. It was a very special moment for me.”