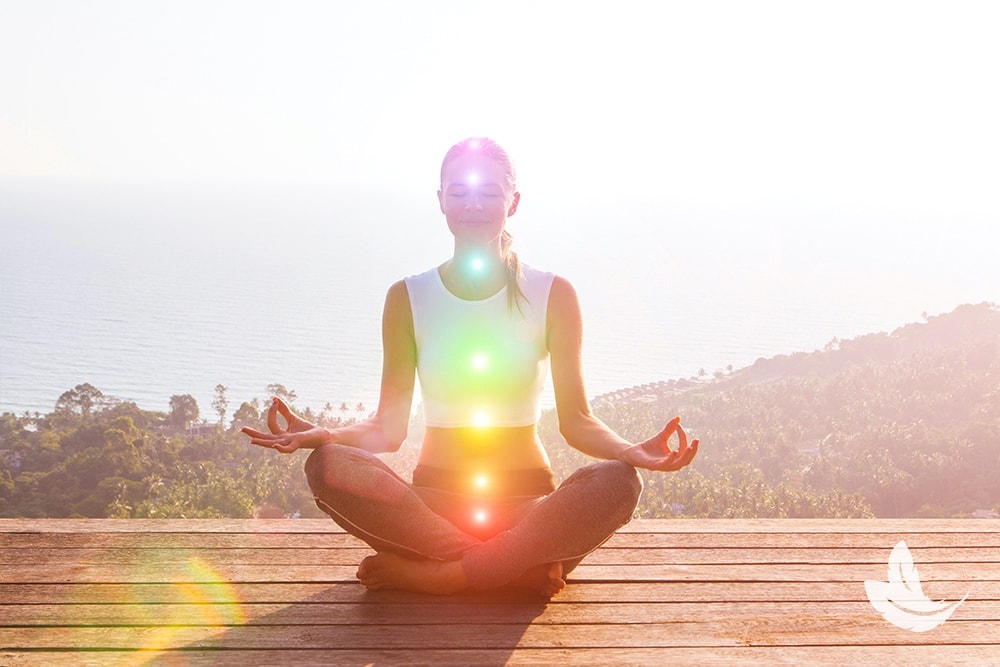 Something I really love about what I do is helping people open up their own psychic abilities. That might seem strange…like a famous burger place giving away the recipe to its secret sauce or something. But to me, my job is not about being the only psychic in the room. I want to help people learn how to get connected on their own, so they can get in touch with their spiritual guides all by themselves!

Did you know that you can become more sensitive to psychic connections and to communications from your loved ones in Heaven?

In eastern philosophy, they talk about seven energy centers, or chakras. Each one focuses a different system in the body, mind and spirit. One of the chakras is located around the middle of the four head. This one is known as the center of our psychic and spiritual connectedness. Sometimes this spiritual center is called the “Third Eye.” If you take some time with it, you can open up your psychic chakra to become more sensitive and fine tune your psychic abilities.

The first step is to be open to getting in touch with your own psychic abilities. My friend’s mom has prophetic dreams. I know she could be a great psychic, but the problem is her ability scares her, so she shuts down. Instead of writing down her dreams and making an effort to remember all of them, she only pays attention to the scary ones that foretell disasters. So she thinks that she only sees bad things. I don’t think that’s true. I’ve heard some of her dreams. Even the ones she thinks are “bad” include very powerful positive elements.

In one of her dreams, she saw a young man she knew walking in a snowstorm. The storm was very bad, and there were white flakes everywhere. When she woke up, she had a feeling in her stomach that she had just had a premonition. She knew there had been more to the dream than just a winter wonderland. But the feeling scared her, and she didn’t know what the dream could mean. She didn’t want to tell anyone.

The next day, she learned that the man had been in a fire. He was alright. The “snow” in her dream were the ashes falling around him as he escaped the building. The dream had been prophetic. Yes, there was a bad situation, but the dream was also positive. But my friend still tries to push away these abilities.

If you have premonitions, prophetic visions, dreams, or other experiences that seem psychic to you, don’t let them scare you. Sometimes those dreams and visions are meant to warn you or help you or comfort you. In my friend’s case, there were people wondering if that young man had survived the fire. They had waited hours to hear from him because he had no way of contacting them. Maybe my friend’s dream was a way to give them comfort.

BE STILL AND BREATHE

Once you are open to your abilities, meditation can help you connect to your psychic center. Getting quiet and still and focusing on breathing is a way of letting go of the noise in our heads that sometimes can get in the way of hearing the quiet messages we might not know we are receiving. In meditation, sit or lie comfortably and focus on the area of your Third Eye, your psychic chakra. Imagine that space energetically opening up to receive messages, images and ideas. Imagine being filled with light and with the joy of receiving spiritual connections. It might help to put your hand on the spot, to help you focus  your energy there. Stay still and breathe.

Opening up your psychic chakra doesn’t take hard work. In fact, it’s just the opposite. The more you relax and let the energy flow, the more your chakra will open and enable you to get better in touch with your psychic abilities!

I hope to meet you at an upcoming group reading. My team & I have been working hard to add new cities states and locations each week. If there is one thing I can leave you with its that each event is so much more that just a show. It is literally a family reunion with Heaven. I hope you will take a look at my upcoming tour schedule by clicking here. Each is a two hour experience where I will be delivering as many messages as possible. There might just be a message waiting for you!