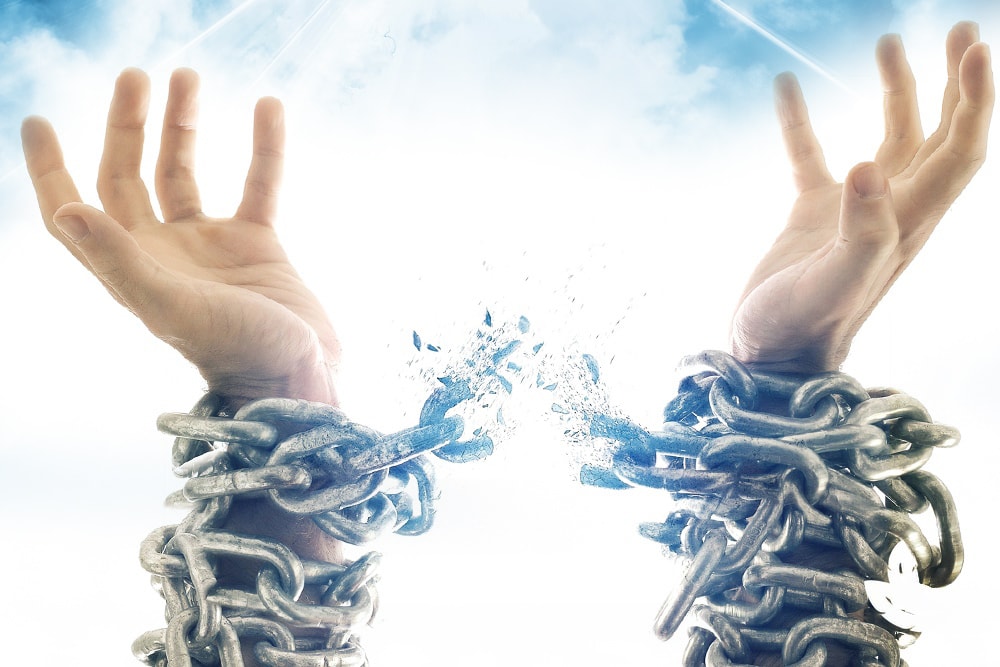 “I wear the chain I forged in life,” replied the Ghost. “I made it link by link, and yard by yard”

Before I dive into the real message of this blog, I have to share something about the way Spirit communicates that I think you’ll find interesting. Mediumship is a three-way psychic communication between the soul in Heaven, the person receiving the message, and the medium who serves as translator.

The tricky part is that Spirit doesn’t speak in straightforward words, instead they send signs, symbols, impressions, feelings, tingling sensations – you name it! When I started out as a medium, one of the things I worried about was that spirit would show me symbols that didn’t mean anything to me – I was afraid I wouldn’t be able to understand their “language.”

What kind of “translator” would I be if I couldn’t understand what the souls were trying to say?

But that’s not how mediumship works (thank God!). Spirit communicates impressions that make sense to the medium as well as to the recipient. In fact I’m often blown away when I get images and impressions that are so personal and meaningful to me that they speak a thousand words in just a flash. Keep that in mind as I share this story!

I was recently hosting a pretty large hotel event. There was a woman in the audience whose mother was coming through. The woman had passed a couple of years previously and she was letting me know that her death had been sudden and she had died with some unfinished business. She kept telling me to “Ask my daughter about her sister.” The woman in the audience was a little closed off to any reference to her sister, and finally blurted out – “I don’t talk to my sister at all.”

Suddenly I got one of those personal psychic impressions from Spirit. I looked at the woman in the audience, and just as the mother was telling me that she wanted the daughter to forgive her sister and mend the broken bridges between them, I got a vision of the younger woman dragging a big grey chain behind her.

The mother kept saying – “Don’t do what I did, forgive your sister” The daughter was resistant to the message, but the mother would not give up. I got another flash of the daughter with what almost looked like cartoon chains, draped over her shoulders weighing her down. It took me a minute to realize exactly what the mother was communicating and then it hit me.

It was a reference to my favorite Christmas special as a child, the Scrooge McDuck version of Charles Dickens’ A Christmas Carol. I used to drive my mom nuts, watching that over and over! The cartoon chains that I saw on the women in the audience were like the ones that the ghost of Jacob Marley was sentenced to drag around with him because of the life he had led. Once I put that together the meeting was clear.

The mother has spent her own life holding grudges, and let herself to be weighed down by resentment and her own unwillingness to forgive. She died before she could make amends and lighten her own load by forgiving the people in her life. She didn’t want the same thing for her own daughter. With the perspective she had gained in the afterlife, she was able to see the damage that refusing to forgive her sister was doing to her daughter and like the ghost of Jacob Marley, she was coming through to protect her daughter from her own future, and to encourage her to reconnect with her sister.

I actually referenced a Christmas Carol to the woman when I explained why it was so important to her mother that she reach out to her sister. She finally listened, and she started crying. “My mother was always so bitter and unhappy – and I’ve been feeling that way too.” After a few more messages back and forth between mother and daughter, the daughter softened up. I have a feeling she didn’t wait long before contacting her sister.

If you’re feeling weighed down by your anger toward someone or something, I hope you’ll give yourself the chance to let go of those “chains” and forgive. I promise you’ll feel lighter, happier and more optimistic. I can’t think of a better gift to give yourself this season.