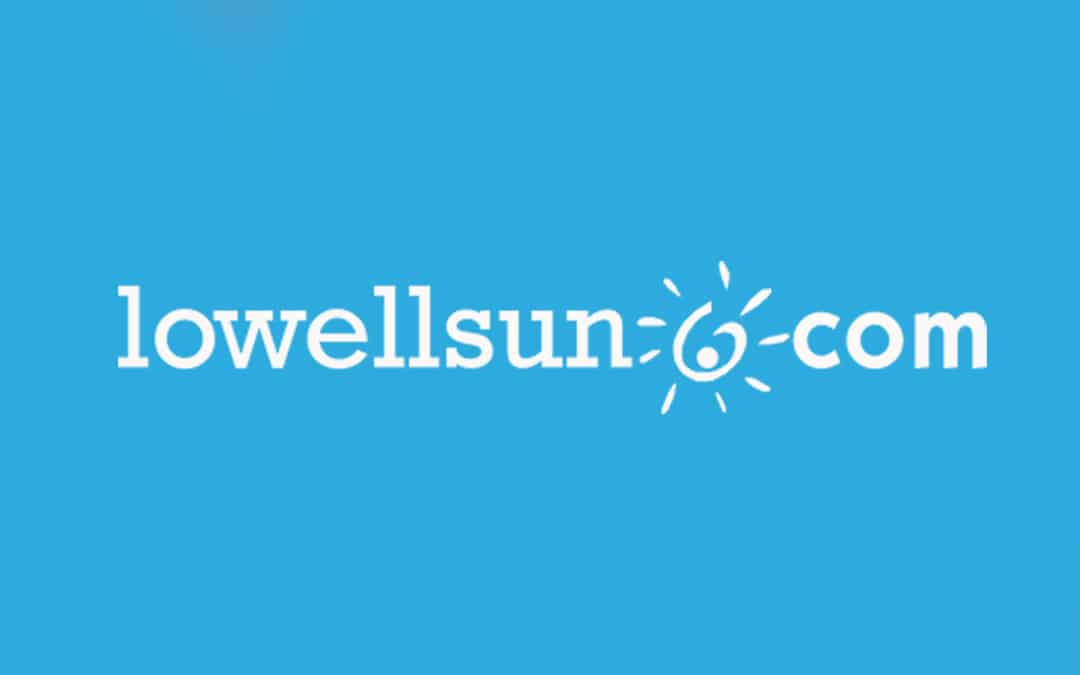 LOWELL SUN: Believe It Or Not

Matt Fraser compares himself to Haley Joel Osment’s character from “The Sixth Sense.” He sees dead people, or so he claims. And he wants to connect you to the spirts of your friends and family members who have passed away.

A 24-year-old Rhode Island native, Fraser says he began seeing ghosts after his maternal grandmother died when he was a child. It’s a gift that runs in the family. He says his grandmother and mother also had the ability to communicate with the dead.

But Fraser is the first in his family to turn his “gift” into a full-time job. He travels up and down the East Coast, doing group readings before rooms of several hundred people. He’ll perform on his “Medium with a Message” tour at the Westford Regency Inn on Sunday to a sold-out crowd. 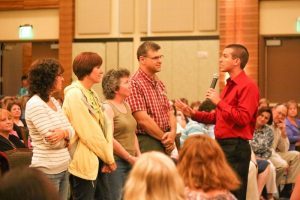 Skeptical? Fraser understands. He’s convinced, however, that after attending one of his shows (which typically cost $40), you’ll walk away a believer. We talked to Fraser about what it’s like communicating with the dead.

When did you first start seeing and hearing ghosts?

When I was about 3, 4, 5 years old. I remember being in my bedroom at night, pulling the covers over my head because I was so afraid of seeing and hearing voices.

It was terrifying. I had a really hard time accepting death and understanding what death was because while everybody was mourning my grandmother, I was having these experiences where I was seeing her. She would come and visit me at night and talk to me. She would literally sit on my bed and read me stories.

What did your family think?

My mom wanted me to embrace it. She’d say, “Talk to them. Find out what they want, what they’re looking for.” I wasn’t interested in what they had to say. I was more concerned about pushing it away and not hearing them.

How did it impact you at school and with your friends?

If your mother also has the ability to communicate with the dead, why did she bring you to a psychiatrist? Wouldn’t she believe you?

She didn’t want to get caught up in wishful thinking. There were so many people in the school department coming up and saying, “You know, you need to pay attention to your son. Your son’s having issues,” that I think my mom decided to bring me to a psychiatrist just to check and see.

At what point did you decide to turn your ability into a business?

When I was 18 years old, I started my journey as an EMT. I really thought that was my calling. But I decided to look back deeper into my abilities, dealing with what I was experiencing as a child. I was much more mature. I wasn’t as afraid of it as I was. I started reading for some friends and family members. The next thing you know, I was asked to be on TV and radio shows, and it’s turned into me doing this full time.

Can you also see into the future?

A psychic is someone who can see and read into the future, whereas a medium can communicate with the departed. Mediums can see into the future to some extent, as well, because of the fact that the spirit they’re speaking to often can see tomorrow more clearly than we can see today. I’ll talk to those who have passed on, and they’ll say, “Please tell my daughter that she’s getting married and going to have three kids,” or, “I see her going on a trip. Let her know I’ll be with her.” Things like that.

You wrote a book called “The Secrets to Unlocking Your Psychic Ability.” Can anyone communicate with the dead?

To some extent. We all have intuition. Intuition is the building block of psychic ability. It’s a feeling that the phone is going to ring, and the next thing you know, it does. It’s when somebody pops into your mind that you haven’t heard from in years, and the next thing you know, you get a message from that person, and you say, “Oh my God, I was just thinking about you!” I feel God gives us all a way to reach someone who is in heaven. It’s up to us to take the step forward in starting the communication with that person.

How do you communicate with the dead? Do you have a conversation, or is it more abstract?

I use all of my senses. When I walk into a room, I’ll see the figure of a loved one standing behind someone. As I start talking about that person I saw, I’ll start feeling things. For example, if someone passed from a heart attack, I’ll feel my heart flutter.

To me it looks like an actual person. I’ll see them, and then they vanish. It’s like a quick glimpse.

What age are they?

It’s the way their family is most going to remember them. If you lost a son at age 6, he’s going to come back at 6 years old. He’s not going to come back at age 30, or being the age he would be today, because you wouldn’t recognize him. Sometimes they’ll come through younger if the family lost communication with that person, though.

Why do people come to your shows? Are they looking for a fun night of entertainment, or are they desperate to connect to someone who died?

Everybody who comes has lost somebody in one respect or another. I think a lot of people walk in skeptics. I like that. I do feel there are a lot of people out there who aren’t as gifted as they say they are, or aren’t really psychics or aren’t really mediums. There are some frauds out there. I don’t blame people for being skeptical. I always ask those on the other side to tell me things that nobody else could possibly know or validate, things that you can’t find online, things that you can’t Google, things you can’t make up or look up.

What do you think of the fraudulent mediums who take money from emotionally vulnerable people?

To be honest with you, there are con artists and people who are frauds in all different walks of life. There are doctors who have malpractice suits. There are people around us that you have to be leery of in life. I think it goes for every single profession. I think what they’re doing is wrong, and it hurts people. I don’t think they’re providing any closure or help if they’re lying about it.

Have you ever used your ability to solve a crime? Could you talk to the spirt of someone murdered to find out who the killer was?

I have been contacted by investigators on different police cases. You have to remember, when the police come to me, it’s when they have no leads, nothing. A lot of times they’ll come to me to be steered in the right direction, but it’s ultimately up to police and law enforcement. No psychic or medium is ever going to be able to solve a case on their own.

Any cases we would have heard of?

There was this dog search in Connecticut. This woman had lost her dog in a break-in. They were having issues finding the scent of the dogs, so I was brought in. They put a map in front of me and said, “Where do you think these dogs are?” I pointed on the map. They were in the complete opposite direction of the search. They brought in the dog trackers, and they picked up the scent. They followed it for a long time, until they lost it.

Can you communicate with dead animals, too?

I can’t talk to them, but they do come through during readings. If there’s a grandfather who had a dog he loved and cared about, you better believe that when he comes through, he’s going to have that dog with him because what happens is the personality never leaves that person.

Can you communicate with spirits who speak foreign languages?

Yes. They have a universal way of communicating. I’ll see quick images in front of me, where I’ll see the moment before their passing, how it happened. Or I’ll feel, internally, the things they were going through with their illness before they left this world. It’s almost like downloading data, and I put it all together to form that loved one’s story. It’s almost like storytelling.