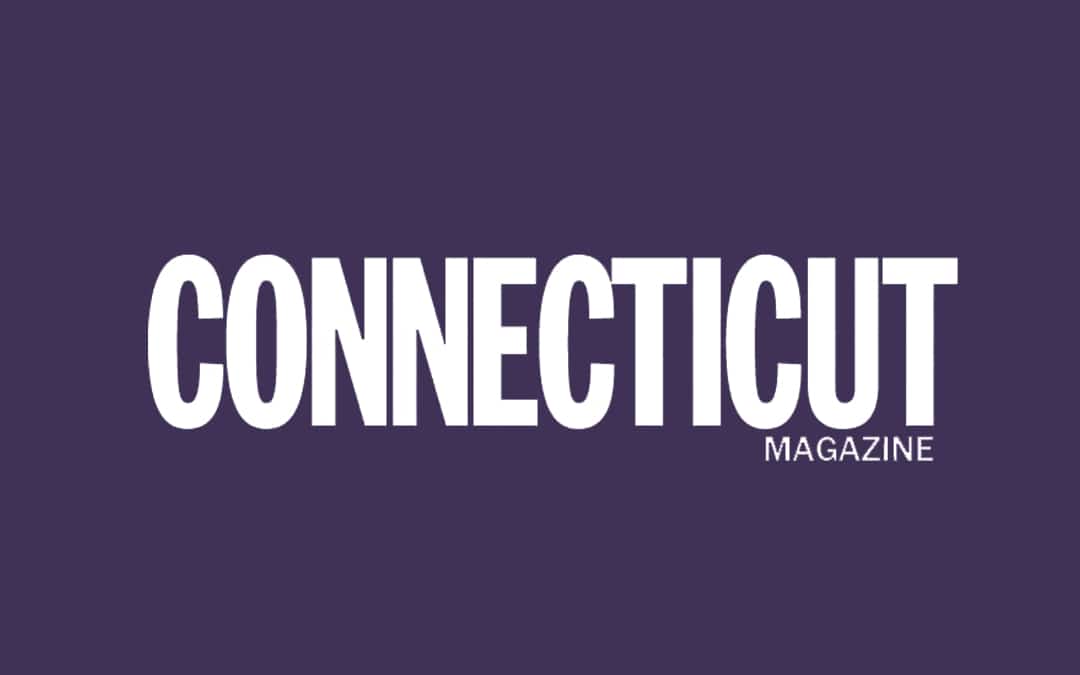 CONNECTICUT MAGAZINE: The Dead Will Speak to You at Foxwoods

Maybe it’s not something you readily acknowledge or say out loud—like the maternal grandmother of internationally famous psychic medium Matt Fraser keeping her abilities from her husband, saying “she was just having a meeting with the ladies.”

But admit it; you’ve felt at some point that a close friend or relative who has passed over to the other side was 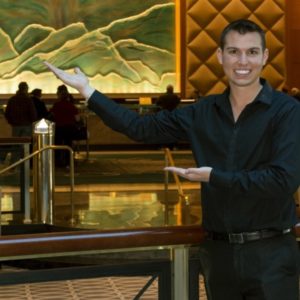 trying to tell you something.

Fraser, who inherited his gift to hear “messages from heaven” from his grandmother and his mother, Angela Fraser, doesn’t just experience the hum of supernatural energy most of us feel without understanding it—he receives the sound threads decoded as specific communiqués from the dead.

Fraser, who lives in the Boston area and Cranston, Rhode Island, does it so impressively, with humor and compassion, that at age 23 he has become one of the top and most in-demand psychics in the world and has been labeled “the Real Deal.”

The subject of a growing list of newspaper, magazine and TV news stories, Fraser is taken seriously in large part because of the types of interactions he details in a phone interview, in which he describes how he walks up and down the aisles at his events and finds the people who are connected with the voices he hears. (“It’s almost like a conversation in my head,” he says. “Even though it’s quiet in the room, there’s a million different voices.”)

In one anecdote, Fraser recalls approaching three women, sisters, at one of his events and saying, “I have a sibling here who passed.”

It was their other sister, who talked to Fraser—he gets snippets of information, not full sentences—about her illness and passing. Then the message shifted: “She started telling me that the sisters put her in their purse before they came to the event.”

He didn’t know what that meant and asked the sisters if they could enlighten him, if they had, perhaps, brought photos of her. “They all started screaming,” Fraser recalls. “Each sister had taken some of her ashes and put them in [little urns] and had them in silk bags in their purses.”

In making another connection between the living and the dead, Fraser recounts relating a seemingly inscrutable message to a woman in the audience. Describing an image of the woman who had passed referencing her own funeral, he says, “And she started laughing to me on the other side, saying, ‘I don’t know how they could screw this up.’”

When that was told to the woman in the audience, “The woman said, ‘Oh my God, I don’t know how you could know that. They misspelled her name on the headstone.’”

“I am thrilled and honored to be delivering messages from heaven at MGM Grand at Foxwoods, a place that is anything but ordinary,” Fraser says in a release on the event. “The energy from the audience is always incredible as those in heaven relay messages filled with love, inspiration and memories of happy moments.” 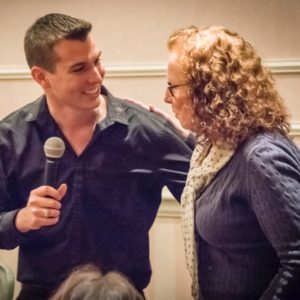 “All these messages that come through are all positive and they’re all comforting,” Fraser elaborates on the phone. “Those on the other side want to see us happy, and they want to see us kinder to one another.”

Asked how the process works, he begins by saying, “When I’m in a crowd I get into a different zone.”

He doesn’t stand on stage but walks up and down the aisles, attuned to connecting the messages he’s hearing with the right people to hear the messages.

“I pull up as many people as possible. I pass as many messages as I can,” he says. In bigger groups that could mean reaching 30 to 40 or 50 people; at one event he passed messages to 70 people.

“Before I even get into the room, I start hearing messages” about people in the room, he says, adding, “People don’t want generalities. They’re coming to you because they want information. A lot of times they want closure.”

“The messages he’s asked to deliver frequently include names, dates, and locations Matt couldn’t possibly know, and only add to his long established credibility as one of the most sincere and unpretentious mediums working to bridge the spiritual gap between the living and the deceased,” Fraser’s press material says.

Once the messages are passed, “You start to see a person relax. You start to see them let go of the grief,” Fraser says, noting that his audiences often include multiple members of the same family hoping to hear from a loved one who has passed.

He uses a lot of humor in his presentations to lighten the air in the room, and describes the outcome: “Everybody’s hearing the message, and they’re laughing and they’re crying. It’s very uplifting.”

At the Foxwoods event, in addition to be a communications bridge, Fraser will talk about growing up psychic.

He recalls on the phone how his grandmother had the gift and passed it to down to his mother, who “passed it down to me.”

In his grandmother’s era, “It was kind of taboo,” Fraser says, “so it wasn’t something my grandmother did professionally.” Hence the “meetings with the ladies” and keeping it from his grandfather.

Fraser’s own first experiences as a young boy were “like in the movie ‘The Sixth Sense.’” Spirits came into his bedroom and tried to give him messages, and sometimes, he says, there were even full body apparitions.

He remembers trying to pull covers over his head and make it go away, and that his mother wasn’t sympathetic: “She was on the other side of me of me, saying, “Who is it? Is it my uncle?”

Still, Fraser “pushed it away for years and years” because he was so “petrified.”

“As a child, this extraordinary gift frightened him and made him feel like an outcast,” the About section of his website says. “I never really saw it as a gift instead it seemed to be a problem because I wanted to fit in and be accepted like everyone else.”

But that changed when he was in his teens and working as an EMT in Boston area. He went to medium himself, who stressed what Fraser already knew: “There’s so much more to life than what’s in the physical world.”

At that point, when he was 17 or 18, he embraced his gift and began doing readings for family and friends.

“It took my journey on a whole different life course,” he says, and from there “it just spiraled out of control.” Since 2010, Fraser has been doing events professionally.

“I love what I do,” says Fraser, who, when asked, explained that the voices and messages are with him all the time, though the messages are rarely for him but almost always for others. “I hear them in my ear but it goes on in my head,” he says of the phenomenon.

Fraser, who is known for his accuracy, is currently working with Hollywood on developing his own Reality TV series, his bio says, and on the phone he stresses the pride he takes in his charitable work.

Fraser serves as a board member of NCDAC, The National Cultural Diversity Awareness Council, and is on the board of Forever Paws, a nonprofit shelter for companion animals.

Additionally, he has an eBook, The Secrets to Unlocking Your Psychic Ability, in which “readers are asked to imagine what it would be like to feel on a deeper level, expanding the senses to such an extent as to pick up and feel situations and opportunities before they even happen.”