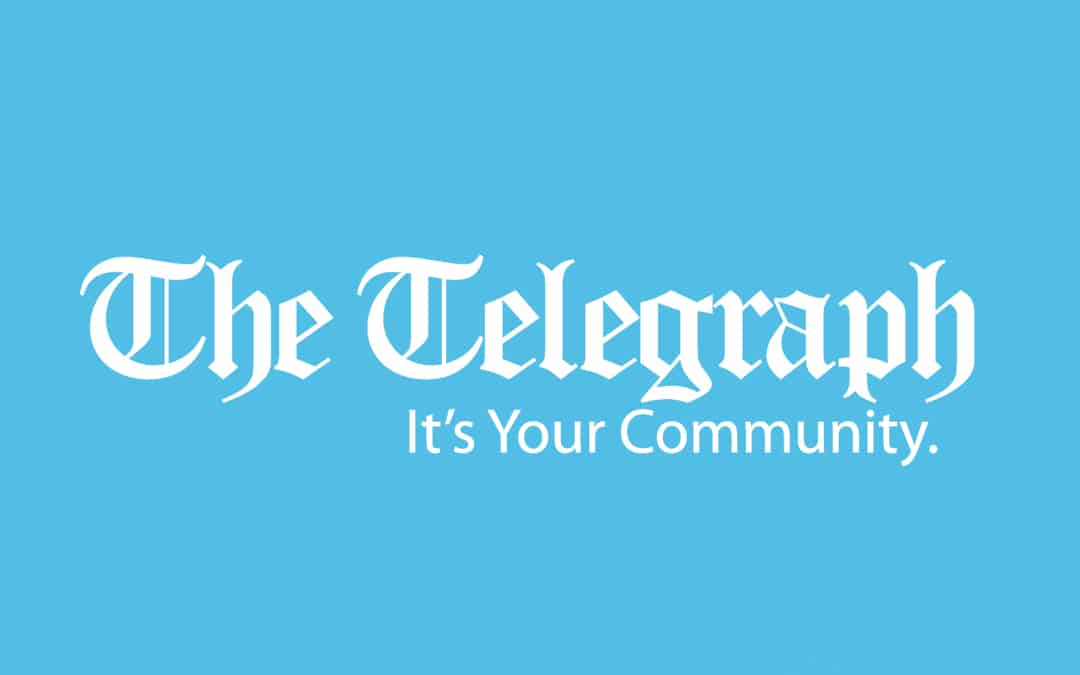 NASHUA TELEGRAPH: Matt Fraser Has A Message For You

Everyone has lost someone to death. And while it’s no easier to mourn one type of loss than another, there’s a special, poignant pain that comes from outliving your child.

Kim Lyden-Ricker knows this all too well. She lost her son Jack Ricker at age 23, only one year ago in May. Since that time, she’s been grappling with finding a way to get on with her life, achieve some sort of solace, and find the right way to honor her son’s life. She sought comfort in the church, through copious reading, and ultimately, via those people who claim to be go-betweens for the living and the departed: the psychic-mediums. “As a parent that’s lost their child, I’ve reached out to everyone,” Lyden-Ricker said. “Every church, every denomination. I went to see (Theresa Caputo, of the television series “Long Island Medium”), John Edward. I spent a lot of time in church or reading about the hereafter. I felt like, if there are windows in my mind, I’m 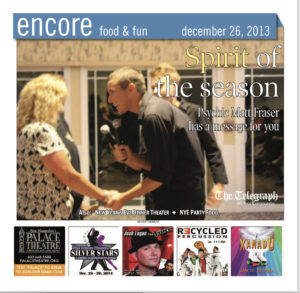 going to make sure they’re all open for my son to come through. I want to open every avenue I can to honor him and enable him to reach out,” she said. And then, she met Matt Fraser. Fraser, a Boston-based psychic-medium and author, was holding one of his “Medium with a Message” events in Connecticut. “Her son came through after his recent passing,” Fraser said. “He talked about how she’s touching so many lives and encouraged her to reach out and help other parents. She (then) said she’d started GPS, and I felt like I needed to help her. It was really amazing because it was her son who made the connection,” he said.

GPS is Lyden-Ricker’s nonprofit organization, which stands for Grieving Parents and Siblings. “It came mainly from my family’s recent loss of my son Jack,” she said. “When you’re a grieving parent, it’s hard to mingle and talk; people just don’t understand. I used Facebook and the Internet to reach out. I don’t know how I’d make it day to day without reaching out to those parents. “I have a business here in Concord (The Office Suite) and thought it would be great to have an evening to meet with other parents. I know my son guided me to Matt’s show and to create GPS. It grew from there, understanding the need for other parents and siblings. Through our business in Concord we can offer events and facilitate some normalcy in your life,” Lyden-Ricker said. Fraser decided to do a Medium with a Message event Wednesday at The Office Suite, on behalf of and to support GPS and their other endeavor, the Jack Ricker Foundation. Fraser’s Thursday, July 24, 2014 are always well-attended (he’s doing one in Manchester Sunday that’s already sold out), and surprisingly upbeat and entertaining.

“Matt gets to so many people, and has got such a young energy about him,” Lyden-Ricker said. “He’s satisfying as many people as he can. Even if you don’t get a reading, you leave joyful, knowing there is an afterlife and they can reach out to us.” Getting messages to as many people as possible during his two-hour events is very important to Fraser. “That’s what’s different about my events,” he said. “I’m not up on a stage, so I can get to 20-50 people and pass messages, because I know how important it is. I read for the entire two hours I’m there. “It’s an uplifting event. A lot of people are nervous about going. But you’re not going to leave upset; you’re going to leave comforted and uplifted,” Fraser said. “It’s like a family reunion. You’ll see people talking to each other because they both (experienced loss) and they can relate. 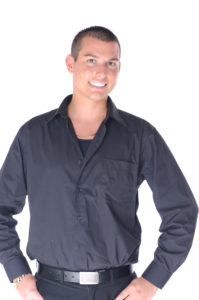 Nothing bad ever comes through, never anything that’s unsettling. All messages are meant to comfort,” Fraser said. Comfort and guidance is exactly what Lyden-Ricker received when she met Fraser in Connecticut. And she wants to drive home the validity of her experience of Fraser’s abilities.

“During Matt’s show, he brought that message from my son,” she said. “Friday afternoon, I rushed in to register the trade name (of GPS) and Sunday I went to Matt’s event. Absolutely nobody knew what I was doing. There was nothing on the Internet, nobody knew. And Matt knew. “My daughter was with me,” Lyden-Ricker continued. “She left her job in medical, and felt guided by her brother but also felt guilty for shifting her dreams. But her brother came through saying he supports leaving her profession and going into teaching. She has a master’s degree in education. I wanted to clarify that. This isn’t (vague) things like ‘your relative’s name starts with a J,’” she said. Skeptics are welcome; Fraser is proud of his authenticity and insists there are no shenanigans. “Yeah, it’s general seating. No one could ever do that (research into attendees’ lives),” he said. “I ask the other side, ‘Tell me something that only they will know.’ Like the man who donated his eyes. You can’t just say, ‘Your loved one is at peace.’ They want specifics.

The other side will talk about memories, names, places, events, and if they have a message to deliver, they will.” “If it wasn’t for (Fraser’s) reading, GPS wouldn’t have come to fruition,” Lyden-Ricker said. “Our first meeting will be at 6:30 p.m. Aug. 4 at The Office Suite. If I didn’t get the clarification – I’ve been working with a mentor to start the Jeff Ricker Foundation, and I’m still swimming in the weeds. I’m still dealing with the grief. But going to Matt’s event, I know now I don’t have to put one aside to start the other. GPS is going to help myself and other parents, and I hope it grows to help many families. Matt’s event gave me the strength to start.” A portion of the ticket sales of the July 30 event are being donated by Fraser to GPS for startup funds. “For stuff like cheese and wine at our events,” Lyden-Ricker said. “We hope to grow large enough to have what other parents and siblings want: Motivational speakers – Matt has generously offered to come – spiritual/religious speakers, even comedy nights … whatever people need.” “Death is a new beginning for (the departed) and for their family,” Fraser said. “They just want you to stay positive and get on with your life.”