Before the show, I already had a two year waiting list for private readings, was traveling the country on tour, and even started writing my new book ‘When Heaven Calls’. Since the film crews arrived at my door, there has never been a dull moment! I am still the same psychic medium on the road, giving readings and taking clients, just now filming a reality show with the people I love the most, my family. If I can survive them!

I have a pageant queen girlfriend Alexa that I absolutely love, an overbearing psychic Mother, a Father and Sister who are my biggest skeptics. If you think that wasn’t enough I haven’t even told you about Alexa’s family!

You have seen Meet The Fockers now you can Meet The Frasers, my very loud and proud Italian Family Monday Nights on E! Entertainment.  Tale a look at the preview below…

MONDAYS 10/9c only on E! Entertainment. 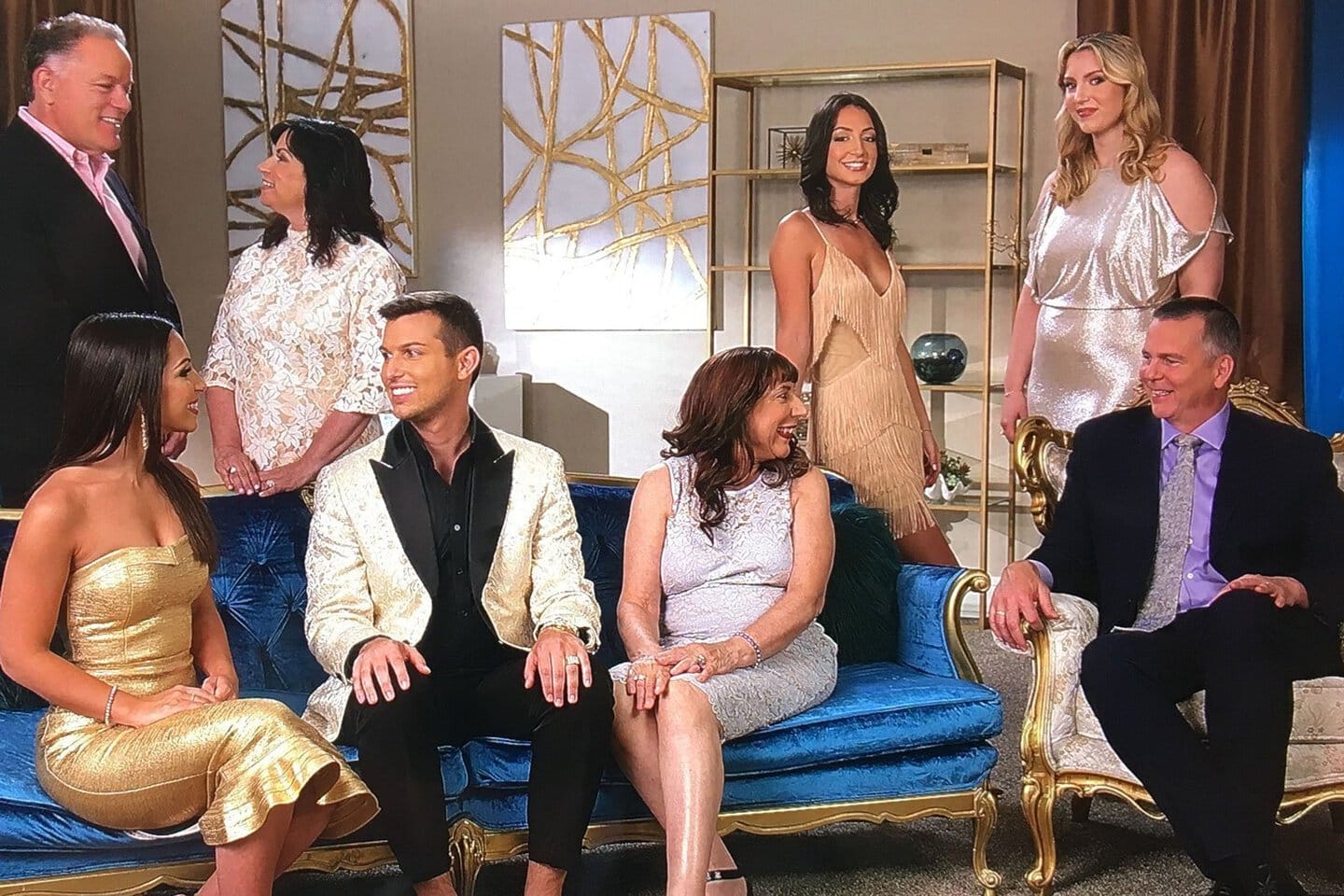 Maria is Matt’s little sister – and she’s content to be defined as such. She’s grown up in his outsized shadow, but this proud contrarian is happy to walk her own path. She is a skeptic and refuses to believe or acknowledge Matt and Angela’s psychic gifts. Even still, she’s fiercely loyal to her family, and works in the family business. Maria has become very close with Ava, Alexa’s younger sister.

Matt’s mother Angela, who is psychic herself, could not be prouder of her son. As Matt’s office manager, sole member of his promotions department and chief helicopter parent, she’s always on. Handing out business cards everywhere (from the hairdresser to the supermarket) and goes as far as to post flyers for his services on her mother’s grave. The foul- mouthed native Rhode Islander embodies the overbearing Italian mother stereotype, complete with old-world meatball recipes and total disregard for personal boundaries.

Matt’s father Rod is a retired Navy Captain and decorated Fire Commissioner whose interests could not be further from Matt’s. While he loves his son, he’s skeptical of psychics and won’t watch Matt when he’s giving readings at events. Rod has a great relationship with Anthony Ciolli, Alexa’s stepdad.

Alexa’s mom Sharon shares her sentiment that Matt and Alexa need to get married and start a family ASAP. She’s a baby nurse with no filter, who is very comfortable talking about how babies are made, much to Alexa’s embarrassment.

Ava, Alexa’s younger sister, is a beautifully put together perfectionist. Ever the supportive sister, she’s training Alexa in the gym to get her into shape for the pageant.

Alexa and Ava’s stepfather Anthony is a retired nightclub owner and self- proclaimed former mobster with a quick temper and dry sense of humor. Family comes first with him, and he’s always treated Alexa and Ava like his own flesh and blood. “Tony Two Toes,” as he’s called, has only eight toes.

For someone who talks to the dead, Matt Fraser is high energy, down to earth and hysterically funny. His psychic ability is so uncanny and his personality so infectious that it’s no wonder why the dead want to speak to him !

Behind the Scenes Readings

While vacationing at her home in the Berkshires, Dorinda Medley invites Matt Fraser into her home for a private reading. The “RHONY” star fights back tears while getting in touch with her late husband Richard during this touching emotional reading. 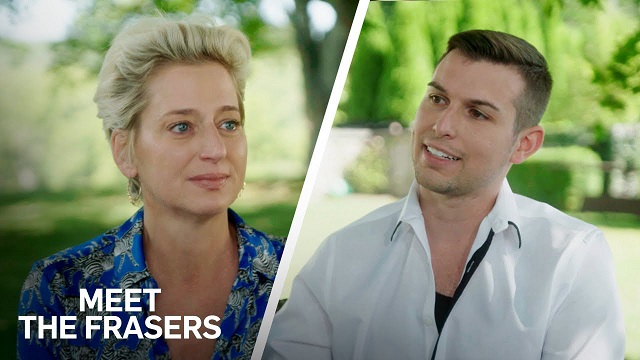 P is for Pageants and Psychics

After hiring international supermodel Lu Sierra to train Alexa for the Miss Rhode Island pageant, Matt interrupts the session to deliver a message from Lu’s grandmother in spirit.  It wasn’t long before this feisty runway coach was moved to tears. 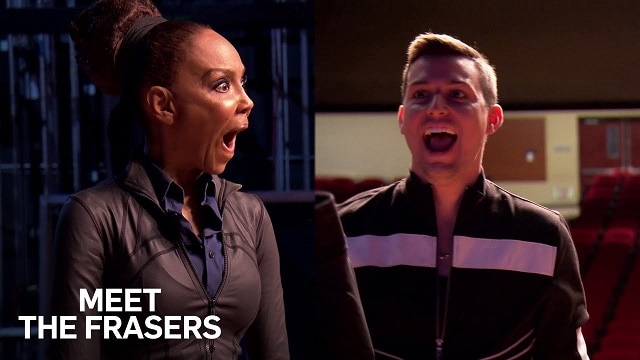 Do You Know Who Matt Fraser Is?

It’s safe to say that the Botched doctors will remember this consultation. Psychic medium Matt Fraser sat down with doctors Terry Dubrow and Paul Nassif. However, rather than doling out medical advice, the docs took in some words from the other side. 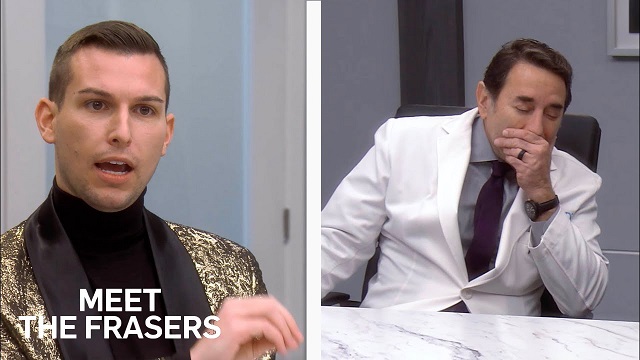 It turns out that it’s not just the dead that bother Matt Fraser, but at times it can be the living too. While having dinner at an Italian restaurant in Providence, Rhode Island, Matt is approached by an excited fan wanting to say hello…which quickly turns into an unbelievable reading. 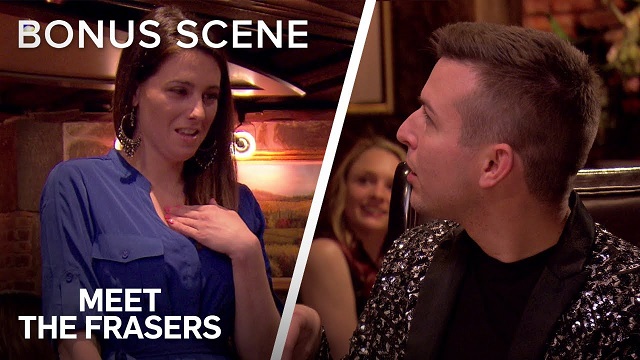 Spirit Sneaks Into A Skype Meeting

Matt hires a stylist to design Fraser Fabulous uniforms for his team.  While on a Skype conference call to discuss the design, Matt hears a reassuring message from Nicole’s deceased grandmother that encouraged her on her life path. 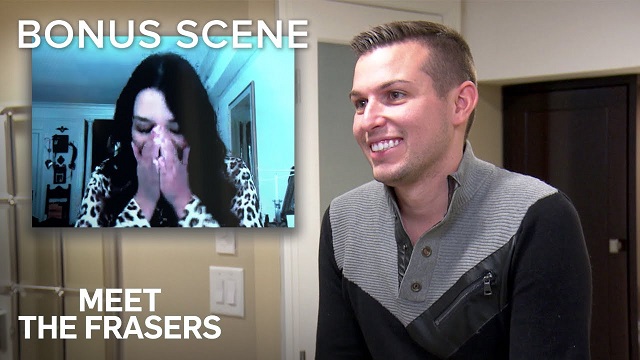 E! is the only global, multi-platform brand for all things pop culture. The network is currently available to 91 million cable and satellite subscribers in the U.S and 161 countries globally.  E! programming includes popular series “Keeping Up with the Kardashians,” “Very Cavallari,” “Revenge Body with Khloé Kardashian,” “Total Divas,” “Total Bellas,” “Botched,” and “Dating #NoFilter;” topical series “Nightly Pop,” new series “Flip It Like Disick” and the return of the “E! True Hollywood Story.”

E! is a network of NBC Universal Entertainment & Lifestyle Group