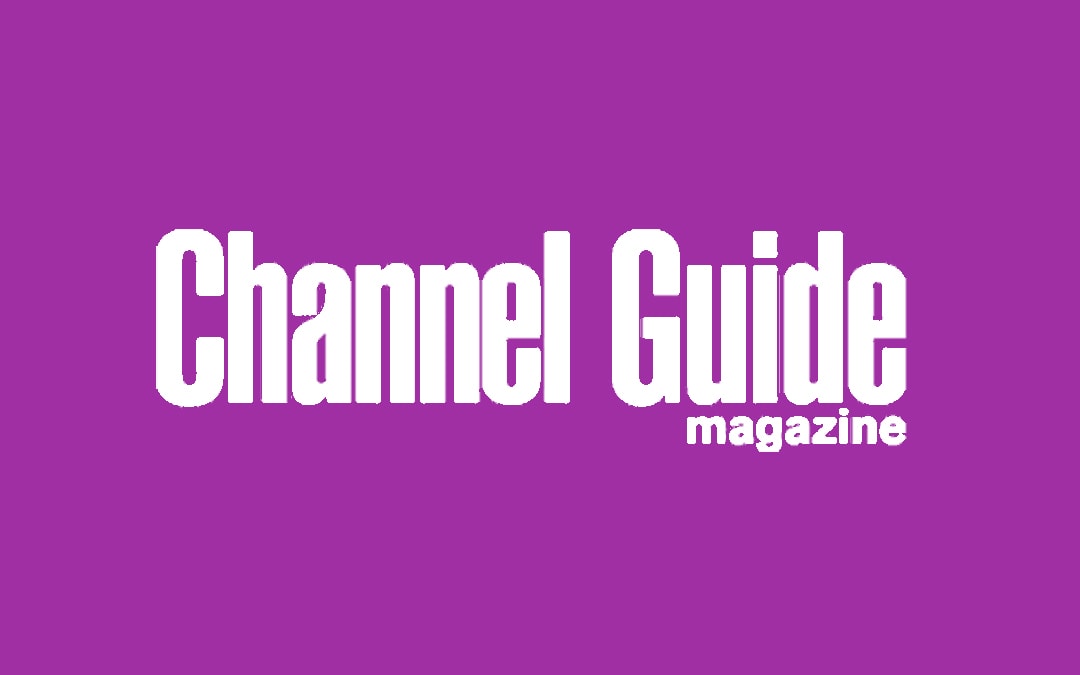 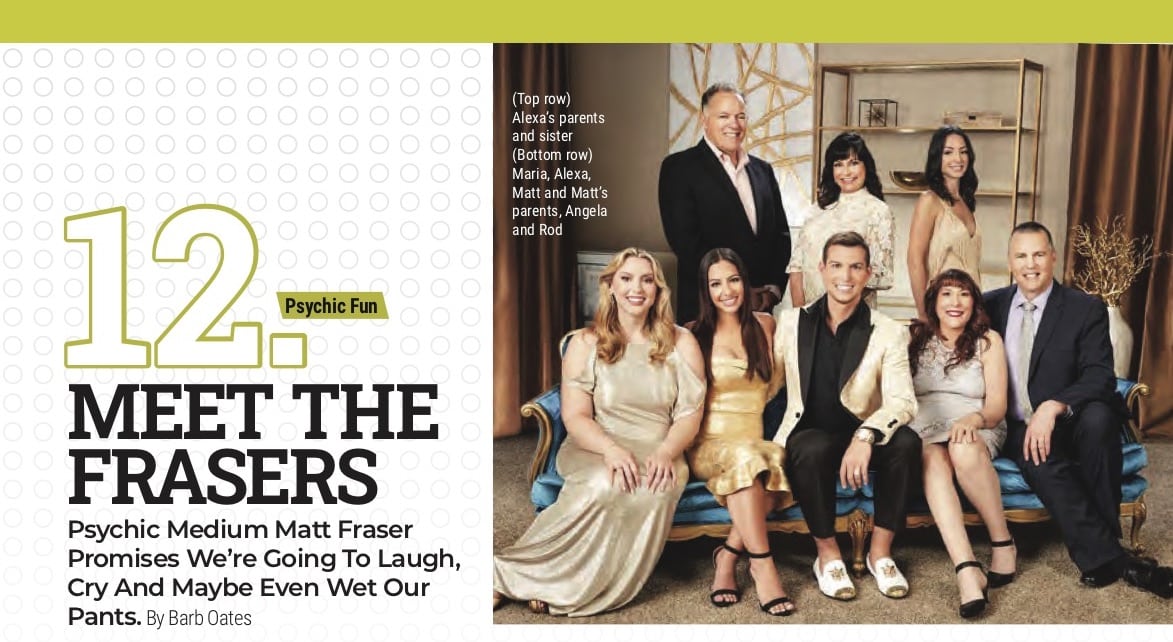 We’re Going To Laugh, Cry And Maybe Even Wet Our Pants.

Brutally honest, impeccably dressed and with an ego like no other, 28-year-old psychic medium Matt Fraser is one entertaining whirlwind.

The Rhode Island superstar has been wowing fans for years with his self-claimed ability to communicate with the dead, and he is now the subject of E!’s new Meet the Frasers. He’s also got a book coming out in March titled When Heaven Calls: Life Lessons From America’s Top Psychic Medium. Helping Matt handle his growing fame are his psychic mother (who thinks she’s his manager), his skeptic father and sister (they don’t buy into talking to the dead), and his pageant queen girlfriend (she desperately wants him to put a ring on it). Here, the self-obsessed, no-filter psychic tells us more on what we can expect.

Both you and your mom have psychic abilities. Can you explain how that works?

Matt Fraser: When I walk out into the audience or no matter where I go, I

Matt can see the departed standing there. Fraser It actually started when I was 4 years old. My grandmother was a medium,

who has since passed on, my mom is a medium, and so am I. But we all have gifts that are different.

My mom can see things in tea leaves and coffee grinds. I can’t. That’s not an ability that I have. I will see, literally, the departed person.

Yet your father and sister are skeptics?

My father’s a complete skeptic. He’s the biggest pain in my @#$. I think he has a hard time with it because he wasn’t there for most of my childhood because he was out to sea protecting the country. [His father is retired from the Navy.] He didn’t experience the things that my mom did. He doesn’t realize that when I was younger I’d be waking up in the middle of the night screaming and crying because I was hearing dead people. … My sister [Maria] was a skeptic because she was born with no ability. She was like that child on Harry Potter that just didn’t have any magical powers.

How are you different from other TV mediums we’ve seen?

I want to deliver messages that are going to make people laugh and loosen people up. … I always tell my audience, “Listen. We’re going to laugh. We’re going to cry. We’re going to @#$% our pants tonight. It’s going to be a roller coaster of emotions.” And it’s amazing because people come in and they have the tissue boxes and they’re anxious and nervous, but they leave laughing and feeling hopeful and inspired. And that’s just how I know my work is done.

So how does your gift work? Do the spirits tell you their name? Are they like, “Hey, it’s Josh, I’m trying to reach Carol”?

Yeah, exactly. I’ll hear names, dates and places. Sometimes it’s more specific than others. They’ll always give me information. … Sometimes when I talk to myself, [my girlfriend] Alexa is like, “Who are you talking to?” And I’m like, “Well, you know, I’m psychic. I talk to dead people. I’m just having a staff meeting.” That’s what it’s like for me. There’s always people talking or always people around that are communicating. … But anytime a soul comes through, it’s because there’s a message there that has to be delivered.

Do spirits fight to try to get you attention?